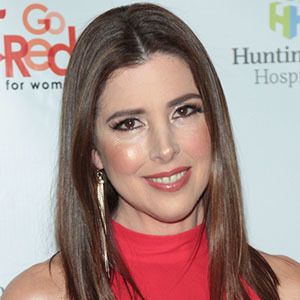 As per our current Database, Wendy Afiana Wilson is still alive (as per Wikipedia, Last update: May 10, 2020).

Wendy Afiana Wilson’s zodiac sign is Sagittarius. According to astrologers, Sagittarius is curious and energetic, it is one of the biggest travelers among all zodiac signs. Their open mind and philosophical view motivates them to wander around the world in search of the meaning of life. Sagittarius is extrovert, optimistic and enthusiastic, and likes changes. Sagittarius-born are able to transform their thoughts into concrete actions and they will do anything to achieve their goals.

Wendy Afiana Wilson was born in the Year of the Monkey. Those born under the Chinese Zodiac sign of the Monkey thrive on having fun. They’re energetic, upbeat, and good at listening but lack self-control. They like being active and stimulated and enjoy pleasing self before pleasing others. They’re heart-breakers, not good at long-term relationships, morals are weak. Compatible with Rat or Dragon.

Actress who became known to Indonesian television viewers through her role as Nabila on the soap opera Bara Bere. She has gone on to star on shows like Bidadari Takut Jatuh Cinta and Salah Asuhan.

She graduated from Cendana High School in Rumbai, Pekanbaru in 2011

She made her feature film debut in the comedy BFF (Best Friends Forever) (2017).

She has a younger sister named Nicky.