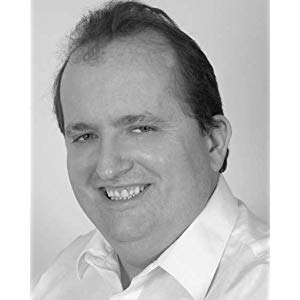 Tim first became involved in acting in August of 1996 after being dared by his coworkers to audition for a local community theater production of Dracula. He auditioned and received the role of Mr. Renfield, the fly eating paranoid schizophrenic.
Timothy J. Ryan is a member of Actor

Timothy J. Ryan’s zodiac sign is Leo. According to astrologers, people born under the sign of Leo are natural born leaders. They are dramatic, creative, self-confident, dominant and extremely difficult to resist, able to achieve anything they want to in any area of life they commit to. There is a specific strength to a Leo and their "king of the jungle" status. Leo often has many friends for they are generous and loyal. Self-confident and attractive, this is a Sun sign capable of uniting different groups of people and leading them as one towards a shared cause, and their healthy sense of humor makes collaboration with other people even easier.

Timothy J. Ryan was born in the Year of the Snake. Those born under the Chinese Zodiac sign of the Snake are seductive, gregarious, introverted, generous, charming, good with money, analytical, insecure, jealous, slightly dangerous, smart, they rely on gut feelings, are hard-working and intelligent. Compatible with Rooster or Ox.

Tim first became involved in acting in August of 1996 after being dared by his coworkers to audition for a local community theater production of Dracula. He auditioned and received the role of Mr. Renfield, the fly eating paranoid schizophrenic. It was during the rehearsal period of the production that Tim received acting advice from legendary Oscar winning actor Gregory Peck, who was visiting Portland, Maine as part of his one-man tour, An Evening With Gregory Peck. Mr. Peck told Tim to "immerse yourself in your role. Find something in common between yourself and your character and before you know it you will become your character." Since then Tim has become known as an accomplished character stage actor after having played a very wide range of roles. Roles Tim has performed are Officer Bainbridge in You Have The Right To Remain Dead, President Franklin Roosevelt in Windham Center Stage Theater's production of Annie. Big Jule in the Freeport Community Players production of Guys And Dolls, Mr. Spiggott in Good Evening, Mrs. Ethel Chavaunet' in Harvey (also directed), the fabulous Guy Gorme' in Canteen Classics, Hannah the Irish cleaning woman in Little Women, The Gatekeeper in The Littlest Angel, the aforementioned Mr. Renfield in Dracula. Tim has also performed in the Sanford Maine Stage Theater productions of I Never Saw Another Butterfly as Papa and A Christmas Carol as The Ghost of Christmas Past.

Tim is currently filming the comedic part of Brian (aka Buster) in the HBO films production of Empire Falls. The film is based upon the Pulitzer prize winning novel of the same name and stars Ed Harris, Helen Hunt, Paul Newman, Joanna Woodward and Aidan Quinn just to name a few. Tim beat out thousands of hopefuls in landing this very funny role. This will mark Tim's motion picture debut. This film is currently scheduled to debut on HBO sometime in late 2004 - early 2005.

Tim made his playwright and directorial debut in the winter of 1998 at Windham Center Stage Theater with Who Pushed Humpty Dumpty? The production told the story of the murder investigation of Humpty Dumpty. The show also featured recorded cameo appearances by local personalities to help promote the show. The popular and financial success of the production led to subsequent productions of the play being successfully performed by Sanford Maine Stage Theater in Springvale as well as Merry Meeting Players in Brunswick just to name a few. The original production became one of the most successful productions that Windham Center Stage Theater had produced since 1974. At the last show of the production's run, Tim proposed to his wife Shannon in from of cast, crew and audience members. Video footage of his proposal was featured on on a local TV station as one of the Most Romantic Proposals for a Valentines Day Contest.

Mary O'Leary & The Leprechauns of Ballybunn Village marked Tim's second original play to be produced. The play made it's premiere at Windham Center Stage Theater in March 2001 to public and critical acclaim. While honeymooning in Ireland, Tim was inspired to write the play by the humor and charm of the locals, the beautiful scenery as well as the many legends, which the country is famous for. Sanford Maine Stage Theater also produced the play again to much acclaim in the summer of 2002. Tim is currently working on the sequel tentatively titled Murder Over The Rainbow: The Manhunt for Dorothy Gale. Tim hopes to have the show premiere sometime in early 2005.

Until 2004 Tim served on the Windham Center Stage Theater Board of Directors as President. A position he held since 1998. In March 2002 Tim directed Freeport High School's One Act Drama competition piece The Dancers by Horton Foote. The production won "1st Alternate" placing in the Division 1 One Act Drama festival held at Morse High School in Bath, Maine. It was the first time in over ten years that Freeport High School had placed in the competition. The following year Tim became one of the only few people in the world to have directed a officially sanctioned stage version of Monty Python's Quest for the Holy Grail, a play adapted by the Freeport High School students based on the hit movie. The play won many awards at the Drama festival, which included outstanding script writing and tech design (Most notably the Killer Rabbit scene). Tim also served as script consultant as well as designed the special effects. The production sold out all performances and became one of the most successful productions ever produced by the high school. The show also featured Tim's "Empire Falls" co-star Delia Robertson as the Head Knight of NI!

Tim has also written and directed comedic instructional videos for IT companies. 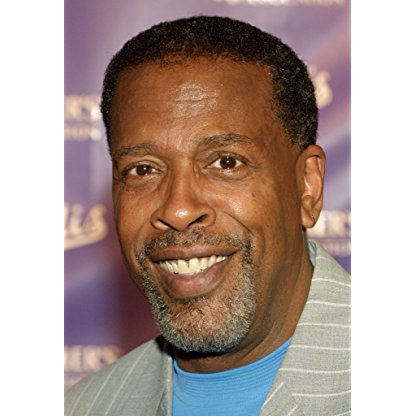