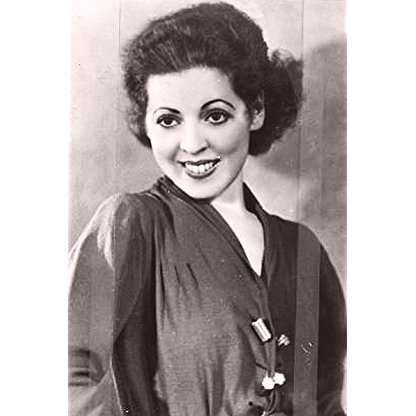 Sara Berner was bornon January 12, 1912 in  Albany, New York, United States, is Actress, Soundtrack. This accomplished voice actress with an ear for accents, first made her mark on Jack Benny's radio program in the dual role of wisecracking, gum-chewing telephone operator Mabel Flapsaddle and Jack's plumber girlfriend Gladys. Brunette Sara Berner's real name was Lillian Herdan and she was born in Albany, New York, in January 1912. Her family moved to Oklahoma where she studied drama for two years at Tulsa University. Before she came to notice with the Major Bowes Amateur Hour on radio to embark on nationwide tours with their all-girl unit, Sara's instinctive talents sometimes got her into trouble -- such as being fired from an earlier job as a salesgirl at a Philadelphia department store for mimicking the customers. Of course, this turned out to be a blessing. Job offers in the entertainment industry abounded in the 1930's and 40's for those who possessed genuine talent, and, above all, versatility. As both a comedienne and a natural dialectician, Sara went on to earn five times the salary she would have made in retail. Her stock in trade were exaggerated ethnic dialects, her gallery of voices including Hillbilly, Yiddish (Mrs. Horowitz in "Life with Luigi"), Italian (Mrs. Mataratza on "The Jimmy Durante Show"), Spanish (Chiquita on the Gene Autry program), Greek, Polish and Armenian (to get the hang of this one, she resorted to telephoning assorted Armenian rug dealers!). By 1950, Sara had her own comedy detective series on network radio -- "Sara's Private Caper" -- as a former police secretary, turned sleuth. Sadly, despite the assemblage of a good supporting cast, the show flopped (then again, this was something even the great Mel Blanc had experienced four years earlier).Beginning in 1933, Sara worked extensively in Hollywood -- primarily in animation -- though rarely receiving screen credit. She was particularly successful mimicking Katharine Hepburn's voice, which she first did to much acclaim on the "Eddie Cantor Show". This led to a spate of cartoon roles with Walt Disney (Mother Goose Goes Hollywood (1938)); Walter Lantz (Hollywood Bowl (1938)) and Leon Schlesinger at Warner Brothers (Daffy Duck in Hollywood (1938)). Perhaps her 'signature voice' from those years was that of Beaky Buzzard's Italian Mamma, first heard on The Bashful Buzzard (1945). That same year, she also voiced the cartoon mouse Jerry, dancing with Gene Kelly in Anchors Aweigh (1945). According to a 1949 news article -- shortly after the movie was broadcast -- Sara received a parcel with an assortment of cheeses from a Wisconsin admirer. Such can be the fringe benefits of fame.Her subsequent work in animation encompassed providing the voices for Andy Panda and cartoon penguin Chilly Willy for Walter Lantz's studio. There was also regular work as a small-part supporting player in films and television. Sara repeated her Mabel role on The Jack Benny Program (1950). Other than that, she was destined to round off her career in no-name parts, cameos and walk-ons, most memorably as the dog-owning upstairs neighbour in Alfred Hitchcock's Rear Window (1954). Sara made her final TV appearance in 1967 and died just two years later in Van Nuys, California, aged 57.
Sara Berner is a member of Actress

Does Sara Berner Dead or Alive?

Sara Berner’s zodiac sign is Aquarius. According to astrologers, the presence of Aries always marks the beginning of something energetic and turbulent. They are continuously looking for dynamic, speed and competition, always being the first in everything - from work to social gatherings. Thanks to its ruling planet Mars and the fact it belongs to the element of Fire (just like Leo and Sagittarius), Aries is one of the most active zodiac signs. It is in their nature to take action, sometimes before they think about it well.

Sara Berner was born in the Year of the Rat. Those born under the Chinese Zodiac sign of the Rat are quick-witted, clever, charming, sharp and funny. They have excellent taste, are a good friend and are generous and loyal to others considered part of its pack. Motivated by money, can be greedy, is ever curious, seeks knowledge and welcomes challenges. Compatible with Dragon or Monkey. 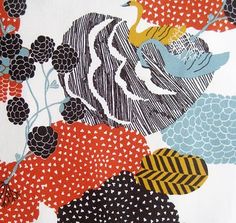 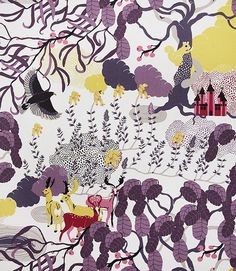 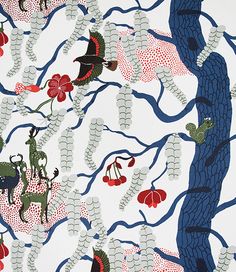 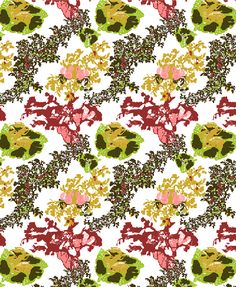 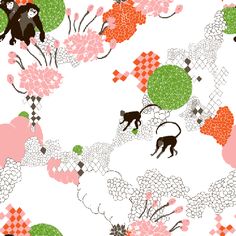 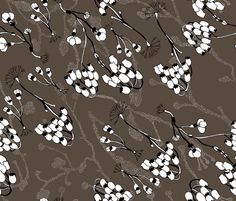 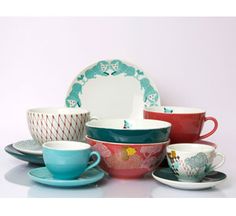 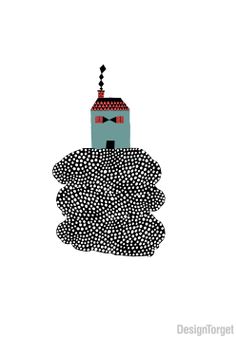 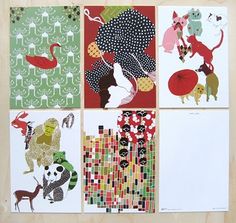 Born Lillian Ann Herdan in 1912 in Albany, New York, she adopted her stage name by combining her mother's first name (Sarah) and her maiden name of Berner. She was the oldest of four children, and her family relocated to Tulsa, Oklahoma when she was a teenager. She became interested in performing after watching silent movies and vaudeville shows at a theater and then imitating scenes in front of the women's restroom attendant.

Berner was active in voice characterization for animated cartoons, working with several studios from the late 1930s through the 1940s. She was initially utilized for her imitations of Hollywood film actresses, such as Katharine Hepburn, Greta Garbo, Bette Davis, Joan Crawford, and Martha Raye. This led to her being cast in celebrity-ensemble shorts such as Disney's Academy Award-winning Mother Goose Goes Hollywood (1938) and The Autograph Hound (1939); Walter Lantz Productions' Hollywood Bowl (1938); and Warner Bros.' Hollywood Steps Out (1941).

Berner performed in an adaptation of Abie's Irish Rose after graduation, and she studied drama for two years at the University of Tulsa. She and her family then moved to Philadelphia, Pennsylvania, where she worked in a department store and was ultimately fired for mimicking a customer. Berner hosted her own fifteen-minute program (written by Arthur Q. Bryan) thereafter on a local radio station, then returned to New York in hopes of pursuing a show-business career. She worked in a Broadway millinery in the meantime, and studied dialect by observing customers' Brooklyn accents. She sneaked out during a shift to audition for Major Edward Bowes' amateur hour, and was hired by Bowes the next day. Beginning in 1937, Berner toured the country as part of Bowes' sixteen-member "all-girl unit" of vaudeville acts over the next four years, and created a gimmick of a fired saleslady who performed imitations of celebrities such as Katharine Hepburn.

Her mimicking of Hepburn led to her being hired by Lantz as the debut voice of Andy Panda, in the 1939 short Life Begins for Andy Panda. She focused on voicing animals thereafter, with her work for Warner Bros. ranging from Mama Buzzard in The Bashful Buzzard and in Bugs Bunny Gets the Boid; to A. Flea in the 1943 short An Itch in Time; and as part of an ensemble of voices in 1946's Book Revue. For MGM, she provided the occasional voice of the otherwise silent Jerry Mouse, most notably in the 1945 film Anchors Aweigh for an animated dance sequence with Gene Kelly. She played minor characters for MGM cartoons in The Zoot Cat and Baby Puss (both 1943), and The Mouse Comes to Dinner (1945). In August 1953, Berner again provided the first voice of another Lantz character, the anthropomorphic penguin Chilly Willy. Though she received onscreen credit for her work, her duties consisted only of her singing the cartoon's opening theme as the character himself was mute until his speaking voice was developed by Daws Butler in the 1960s.

Berner filmed supporting roles in motion pictures from 1942 to 1957, including Anchors Aweigh and voicing a camel named Mabel for Road to Morocco (1942), In Alfred Hitchcock's Rear Window (1954), she and Frank Cady portrayed a married couple living in a Greenwich Village apartment complex inhabited by the film's main character (played by James Stewart).

During production of Road to Morocco, a casting Director introduced Berner to Paramount Pictures executive Buddy DeSylva as "Mrs. Camel", which DeSylva addressed Berner as thereafter. She gained notoriety for her brief role as Mabel the camel in the film, which she disdained: "[Everybody] called me Mrs. Camel. It was Mrs. Camel this and Mrs. Camel that. Nobody even mentioned my name." Berner was an in-demand entertainer for American servicemen during World War II, giving over 300 performances at Army bases in addition to 84 appearances at the Hollywood Canteen and one on the Saratoga in 1944.

After the Major Bowes tour ended, Berner transitioned to network radio in Hollywood, with recurring roles on Fibber McGee & Molly and The George Burns and Gracie Allen Show. On The Jack Benny Program, she played various one-time parts before joining the principal cast as the recurring characters of Jack Benny's girlfriend Gladys Zybisco, and wisecracking telephone operator Mabel Flapsaddle, who gossiped about Benny with her cohort Gertrude Gearshift (Bea Benaderet), while Benny waited impatiently on the other end of the line for them to complete his call. Intended as a one-time appearance, the pair became a recurring role starting in the 1945-46 season, and in early 1947, Berner and Benaderet momentarily took over the actual NBC switchboards in Hollywood for publicity photos. Other radio work included waitress Dreamboat Mulvany on Arthur's Place; Mrs. Horowitz on Life with Luigi; Helen Wilson on Amos 'n' Andy; and an Italian housekeeper on The Jimmy Durante Show. She was cast alongside Rudy Vallée on his show The Fleischmann's Yeast Hour; however, she sued Vallée in 1945 for $19,500 in damages over claims he reneged on an "oral agreement" that he would hire her for 39 appearances on his show at $500 weekly.

In November 1950, Berner was photographed outside a mobile X-ray unit as part of an awareness campaign by the Los Angeles County X-ray Survey Foundation that encouraged screenings to help combat the spread of tuberculosis.

Berner married her theatrical agent, Milton Rosner, in Las Vegas, Nevada on August 11, 1951, and they had one daughter, Eugenie. Though they separated in March 1954, Rosner remained Berner's agent, until she filed for divorce in May 1958, citing "extreme" Verbal cruelty. Berner was awarded custody of their daughter, but was arrested in December 1959 on a misdemeanor charge of child endangerment.

Aside from playing Mabel Flapsaddle in four episodes of The Jack Benny Program, Berner appeared on television mainly on variety shows and anthology series through the 1950s. She was the guest of honor on a December 10, 1952 episode of Ralph Edwards' reality documentary series This is Your Life, which media critic John Crosby negatively reviewed: "[The] customers want pathos and Mr. Edwards, I suppose, has to manufacture it." However, Berner worked little in the 1960s, aside from performing at the 1961 Grammy Awards in a comic-relief role alongside Mort Sahl, and appearing as a guest on Gypsy Rose Lee's daytime talk show in November 1966. Her final acting role was on an episode of CBS Playhouse that aired on January 29, 1967.

Berner died at age 57 on December 19, 1969 and was interred at Mount Sinai Memorial Park Cemetery in Los Angeles, but her death was not made public until her family placed a memorial in the Van Nuys News in November 1970. She had been recovering from major surgery at a Culver City convalescent home two months before her death. Berner's personal property was sold at auction in Van Nuys in November 1971.

Berner's range of dialects included French, Spanish, Italian, Southern American, and New York English, which she learned by interacting extensively with people who spoke in such accents. She briefly came under controversy for her radio voicework after a columnist described it as "being in bad taste". This in turn led to radio producers ordering her to not use foreign accents to get laughs, a ruling which Berner successfully overturned: "I know I haven't offended anybody because in all the years I’ve been doing [accents] I’ve never, not even once, got a nasty letter." 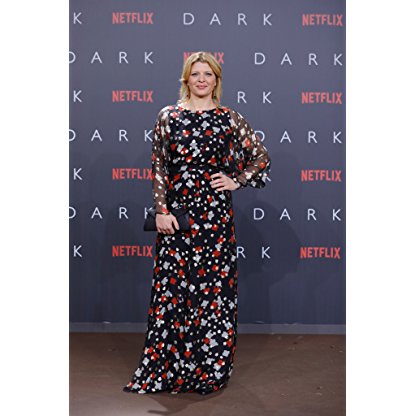 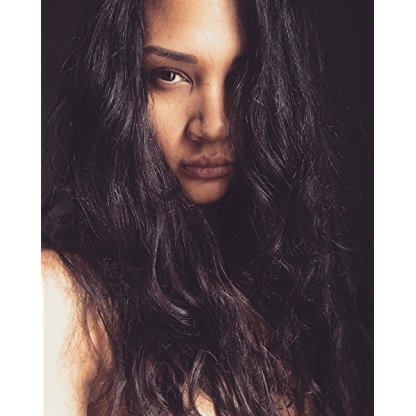 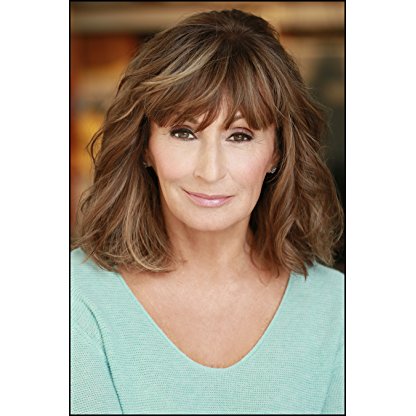 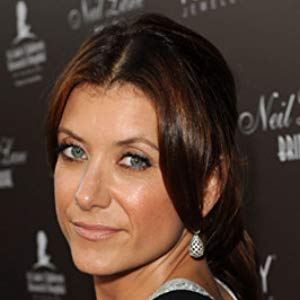 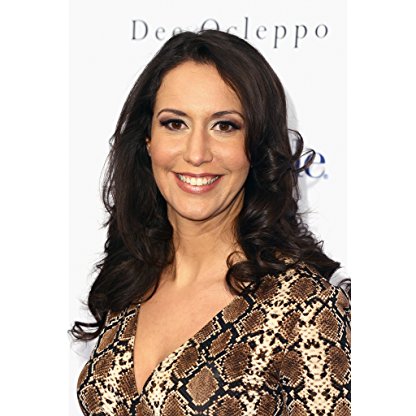 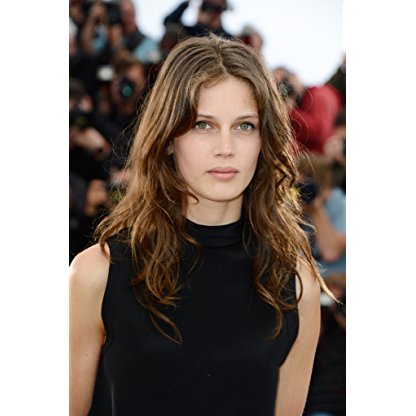 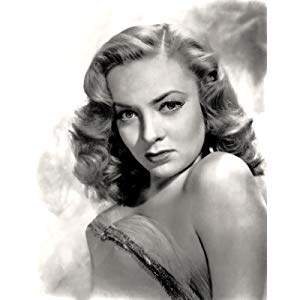 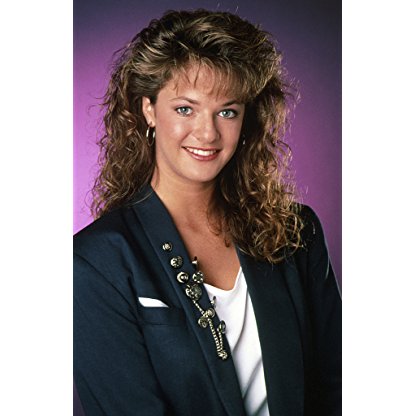 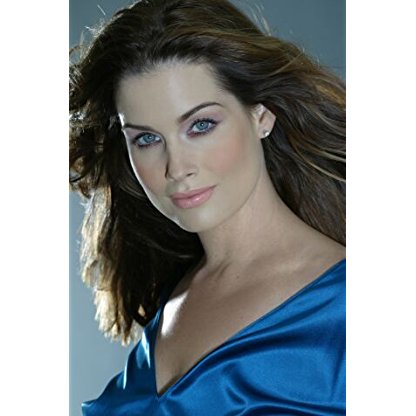 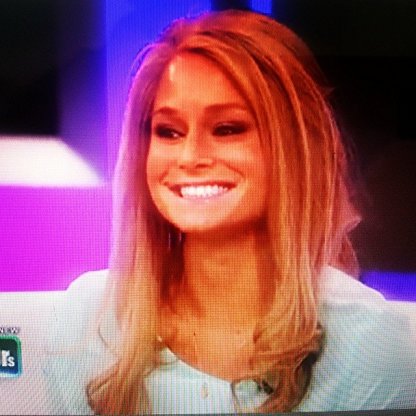