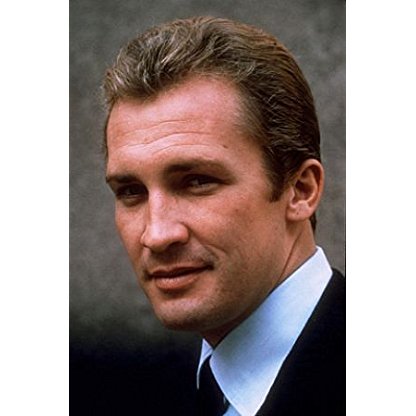 Roy Thinnes was born on April 06, 1938 in  Chicago, Illinois, United States, is Actor. Roy was born on April 6, 1938, in Chicago, Illinois. During his formative years, he had wanted to become a doctor or football player - or, if one wants to believe his early press releases, both. He started in show business at a radio station, where he did everything: engineering, DJ shows, news and dramatizations. That led to an interest in acting in general. After a hitch in the army, he went to New York and then to California, where he started working in episodes of TV shows. Having made his professional acting debut as a teen-aged firebug in a 1957 pilot for the never-sold TV series, "Chicago 212", Thinnes spent several lean years "between engagements", working as a hotel clerk, vitamin salesman and copy boy to Chicago columnist Irv Kupcinet. His first regular TV work was as "Phil Brewer" on the daytime soap opera, General Hospital (1963); during this period, the young actor became the television equivalent of a matinée idol, sparking a barrage of protest mail when he briefly left "GH" in pursuit of other acting jobs. Aggressively campaigning for the starring role of "Ben Quick" on The Long, Hot Summer (1965) -- the TV version of the film, The Long, Hot Summer (1958) -- Thinnes won the part, as well as a whole new crop of adoring female fans. While "Summer" was unsuccessful, Thinnes enjoyed a longer run as "David Vincent" on the The Fugitive (1963)-like sci-fi series, The Invaders (1967). Success with this popular show also led to marriage to first wife, Lynn Loring, who acted with him in the show as well as in the movie, Doppelgänger (1969) (aka "Journey To The Far Side Of The Sun"); she is now a CBS film executive. They parted in 1984. Though he'd occasionally show up in such features as The Hindenburg (1975), Airport 1975 (1974) and Blue Bayou (1990), Thinnes has remained essentially a TV star. Among his post-"The Invaders" TV-series roles was "Dr. James Whitman" on The Psychiatrist (1970), "Capt. (and later Maj.) Holms" on From Here to Eternity (1980), "Nick Hogan" on Falcon Crest (1981) (who, in 1983, married "Victoria Gioberti" [Jamie Rose] in a highly-rated ceremony) and the dual role of "Roger Collins" and "Rev. Trask" in the 1991 prime-time revival, Dark Shadows (1991). Roy's more recent appearances on the Ho So Tuyet Mat (1993) put him back in the forefront. He revived his role as the enigmatic alien, "Jeremiah Smith", a turnabout role series creator Chris Carter renewed for Roy in the February 25, 2001 episode, Ho So Tuyet Mat: This Is Not Happening (2001).
Roy Thinnes is a member of Actor

Does Roy Thinnes Dead or Alive?

As per our current Database, Roy Thinnes is still alive (as per Wikipedia, Last update: May 10, 2020).

Currently, Roy Thinnes is 82 years, 2 months and 28 days old. Roy Thinnes will celebrate 83rd birthday on a Tuesday 6th of April 2021. Below we countdown to Roy Thinnes upcoming birthday.

Roy Thinnes’s zodiac sign is Taurus. According to astrologers, Taurus is practical and well-grounded, the sign harvests the fruits of labor. They feel the need to always be surrounded by love and beauty, turned to the material world, hedonism, and physical pleasures. People born with their Sun in Taurus are sensual and tactile, considering touch and taste the most important of all senses. Stable and conservative, this is one of the most reliable signs of the zodiac, ready to endure and stick to their choices until they reach the point of personal satisfaction.

Roy Thinnes was born in the Year of the Tiger. Those born under the Chinese Zodiac sign of the Tiger are authoritative, self-possessed, have strong leadership qualities, are charming, ambitious, courageous, warm-hearted, highly seductive, moody, intense, and they’re ready to pounce at any time. Compatible with Horse or Dog. 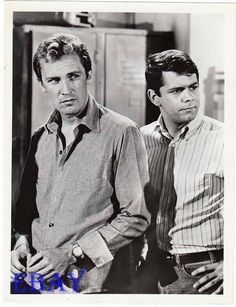 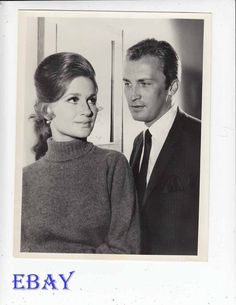 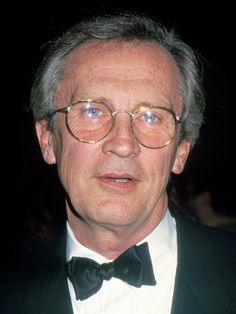 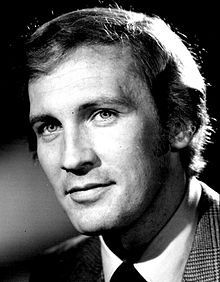 Thinnes was born in Chicago and educated at Los Angeles City College. His ethnic background is German. His first primetime role was as a brother of ex-cop Lee Marvin in a 1962 episode of The Untouchables, called "A Fist of Five". Later he appeared as Ben Quick in the short-lived 1965-66 television series The Long Hot Summer, which ran on ABC. During its run he received around 1,500 letters a week from women and appeared on the cover of TV Guide (April 9–15, 1966 issue) for his one and only time to date. The TV series The Invaders soon followed, with Thinnes playing an Architect named David Vincent who accidentally witnesses the arrival of aliens from another planet and wages a seemingly hopeless one-man campaign against them. The series became a cult classic, leading to other 'aliens vs earthlings' films and TV shows.

Another short-lived series in which Thinnes starred was in the lead role on The Psychiatrist as Dr. James Whitman. In 1963, Thinnes guest starred as David Dunlear in the episode "Something Crazy's Going On in the Back Room" of The Eleventh Hour. In 1964, he appeared twice in episodes "Murder by Scandal" and the "Lost Lady Blues" of the 13-episode CBS drama The Reporter starring Harry Guardino as Journalist Danny Taylor of the fictitious New York Globe newspaper. Thinnes also appeared as a guest star on Twelve O'Clock High, becoming a casualty of war while commanding a B-17 on a dangerous mission. He appeared as intrepid Writer and investigator of the supernatural David Norliss in 1973's The Norliss Tapes, a pilot for an unproduced TV series, and played a suspicious schoolmaster in the TV movie Satan's School for Girls.

He also played Alfred Wentworth in the pilot episode of Law & Order. He starred in the 1969 British science fiction film, Journey to the Far Side of the Sun (also known as Doppelgänger).

He appeared in the disaster films Airport 1975 as the co-pilot, and The Hindenburg as a sadistic SS captain. Thinnes was cast in Alfred Hitchcock's 1976 film Family Plot in the role of nefarious jeweler Arthur Adamson when Hitchcock's first choice, William Devane, was unavailable. Thinnes had already shot several scenes for the film when Devane suddenly became available. Hitchcock fired Thinnes and re-shot all of his scenes. He confronted Hitchcock in a restaurant and asked the Director why he was fired. Flabbergasted, Hitchcock simply looked at Thinnes until the actor left. Some shots of Thinnes as the character (from behind) remain in the film.

During the 1982-1983 season, Thinnes appeared as Nick Hogan in 35 episodes of Falcon Crest. He later played Roger Collins in the 1991 revival of TV's Dark Shadows. He appeared on General Hospital as Phil Brewer from 1963-65, and in the 1979 miniseries From Here to Eternity. He appeared on One Life to Live as Alex Crown from 1984-85, and as Sloan Carpenter from 1992-95. He also played a lead role in "The Final Chapter," the first episode of the 1977 series Quinn Martin's Tales of the Unexpected (known in the United Kingdom as Twist in the Tale), and in "The Crystal Scarab", a first-season episode of Poltergeist: The Legacy in 1996. Thinnes was once considered by Paramount for the part of Captain Jean-Luc Picard in Star Trek: The Next Generation.

He also appeared in the 1988 pilot episode of Law & Order, "Everybody's Favorite Bagman", as District Attorney Alfred Wentworth. By the time the show was picked up in 1990, however, Thinnes was contractually obligated to another TV series, and so his character was replaced with D.A. Adam Schiff, played by Steven Hill. Thinnes made two appearances in The X-Files as Jeremiah Smith, an alien rebel with healing and shape-shifting abilities.

Thinnes also appeared in the 1995 TV mini-series The Invaders starring Scott Bakula, in which he returned as a much older David Vincent. Thinnes twice appeared on the ABC soap opera One Life to Live playing two different characters. From 1984-1985, he played the role of "Alex Crown" and from 1992–1995, he played the role of "Gen. Sloan Carpenter". During both of his stints on the show, his characters became a father-in-law to the same character, Cassie Callison.

In 2005, Thinnes co-starred as Dr. Theophile Peyron in the movie The Eyes Of Van Gogh. The film concerns Vincent van Gogh (played by Alexander Barnett, who also wrote and directed) and his voluntary stay in an insane asylum. The movie focuses on Van Gogh's relationships with Dr. Peyron, as well as fellow Expressionist Paul Gauguin, and his brother, Theo. Thinnes recently provided audio commentary for the official DVD releases of The Invaders.