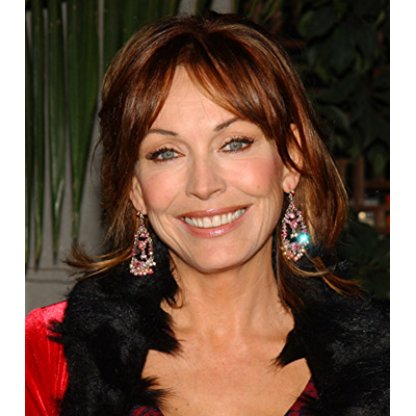 ✎ About Lesley-Anne Down

Lesley-Anne Down was born on March 17, 1954 in  Wandsworth, London, England, United Kingdom, is Actress, Writer, Soundtrack. Lesley-Anne Down was born on March 17, 1954 and raised in London, England. With the help of her father, she began modeling at age 10, acting in commercials, and winning several beauty contests. By the time she was 15, Down had completed four films and was voted "Britain's Most Beautiful Teenager". Lesley-Anne first gained international popularity as Georgina Worsley in the British series Upstairs, Downstairs (1971), which became a hit on PBS in the United States. She has starred in films, including The Pink Panther Strikes Again (1976), A Little Night Music (1977), The Betsy (1978), The First Great Train Robbery (1978), Hanover Street (1979), Rough Cut (1980) and Sphinx (1981). She starred in the television movies The Hunchback of Notre Dame (1982), Arch of Triumph (1984), Indiscreet (1988), and in the miniseries The Last Days of Pompeii (1984) and North and South (1985).Lesley-Anne appeared for six episodes as Stephanie Rogers in the prime-time television series Dallas (1978), on the CBS Network. Her previous daytime experience included roles as Olivia Richards in Sunset Beach (1997) and Lady Sheraton in Days of Our Lives (1965). She also made guest appearances on the television series The Nanny (1993) and Diagnosis Murder (1993). On stage, she has appeared in "Hamlet" and a musical version of "Great Expectations". As for her career, Lesley-Anne has earned Golden Globe Award nominations, German Bravo Awards, the British Best Actress Award, the Rose D'or Best Soap Opera Actress Award and the covers of numerous publications throughout the world, including Life Magazine. She was awarded the 2006 TV Soap Golden Boomerang Award for the most Popular Supporting Female for her role as Jackie Marone Knight on The Bold and the Beautiful (1987).Lesley-Anne Down met her husband, cinematographer Don E. FauntLeRoy, while filming North and South (1985). They live in Malibu, California with their son, George-Edward FauntLeRoy. She also has a son, Jackson Friedkin, from her earlier marriage to director William Friedkin and two stepchildren, Season FauntLeRoy and Juliana FauntLeRoy, from Don's previous marriage. When she's not on the set, Down prefers to spend her free time with her children and animals. She has an extensive collection of Victorian children's books, which she has collected since age 15.
Lesley-Anne Down is a member of Actress

Does Lesley-Anne Down Dead or Alive?

As per our current Database, Lesley-Anne Down is still alive (as per Wikipedia, Last update: May 10, 2020).

Lesley-Anne Down’s zodiac sign is Aries. According to astrologers, the presence of Aries always marks the beginning of something energetic and turbulent. They are continuously looking for dynamic, speed and competition, always being the first in everything - from work to social gatherings. Thanks to its ruling planet Mars and the fact it belongs to the element of Fire (just like Leo and Sagittarius), Aries is one of the most active zodiac signs. It is in their nature to take action, sometimes before they think about it well.

Lesley-Anne Down was born in the Year of the Horse. Those born under the Chinese Zodiac sign of the Horse love to roam free. They’re energetic, self-reliant, money-wise, and they enjoy traveling, love and intimacy. They’re great at seducing, sharp-witted, impatient and sometimes seen as a drifter. Compatible with Dog or Tiger.

Some Lesley-Anne Down images 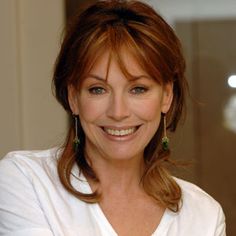 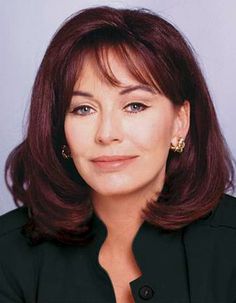 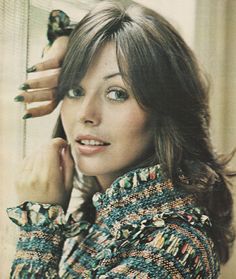 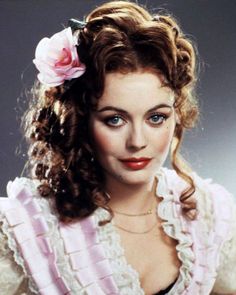 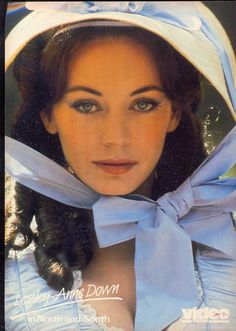 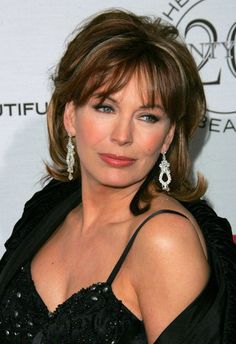 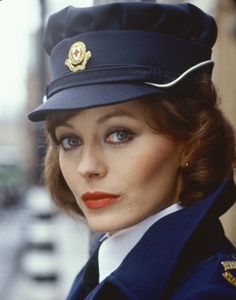 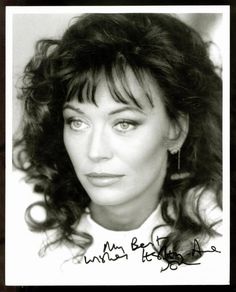 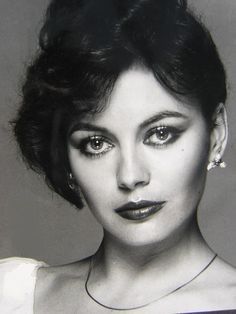 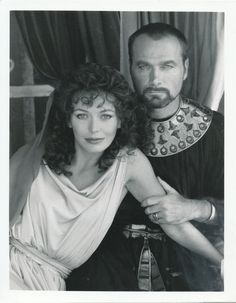 Down was born on 17 March 1954 and raised in Wandsworth, South West London, England. She began acting and modelling, and in her teenage years won several beauty pageants. She was voted Britain's most beautiful teenager at the age of fifteen. She made her feature film debut in 1969 in a supporting role in the British drama The Smashing Bird I Used to Know. She later had roles in several other British films, like All the Right Noises, Assault, and Countess Dracula, and guest-starred well in the television series Six Dates with Barker, Out of the Unknown, and Public Eye.

In 1973, Down was cast as Georgina Worsley, Marchioness of Stockbridge, on the Emmy Award-winning British drama series, Upstairs, Downstairs. This role was her career breakthrough, and after the show ended in 1975 she moved to Hollywood and began her film career. She starred in the 1976 movie The Pink Panther Strikes Again, and later was cast opposite Elizabeth Taylor on the film adaptation of A Little Night Music. Down worked as leading lady in film, and starred opposite Kirk Douglas, Laurence Olivier, Sean Connery, Anthony Hopkins and Donald Sutherland in various films. Her major roles were in The Betsy (1978), The First Great Train Robbery (1979), Hanover Street (1979), Rough Cut (1980), and her box-office bomb Sphinx (1981).

Down has played number of leading roles in made for television movies and miniseries. She starred in 1978 British drama The One and Only Phyllis Dixey as Phyllis Dixey. She played the role of Esméralda in a British-American TV movie The Hunchback of Notre Dame in 1982 opposite Anthony Hopkins, and starred in Murder Is Easy (1982), Indiscreet (1988), and Ladykillers (1988). In 1985, she starred in Arch of Triumph with Anthony Hopkins and Donald Pleasence. She starred in the ABC miniseries The Last Days of Pompeii in 1984, and in North and South in 1985. For her role as Madeline Fabray LaMotte in North and South, she was nominated for Golden Globe Award in 1986. She later starred in North and South, Book II (1986), and Heaven & Hell: North & South, Book III (1994). She turned down the roles in Fatal Attraction (later played by Anne Archer) and on The Thorn Birds .

After ending a ten-year relationship with actor-writer Bruce Robinson, Down married Enrique Gabriel in 1980, but ended their marriage after a year and a half.

In the 1990s, Down starred in several small feature and television films, and played guest roles on television series such as The Nanny and Diagnosis: Murder. She starred in the 1994 film Death Wish V: The Face of Death, opposite Charles Bronson, and later appeared with him in the 1995 TV movie Family of Cops. In 1996 Aaron Spelling cast her as Olivia Blake on the NBC soap opera Sunset Beach. The series aired from January 1997 to December 1999. After the soap was cancelled, Down starred in Lifetime movies The Perfect Wife, and You Belong to Me.

Down has spoken on several occasions about dealing with sexual predators in the film industry. In 2002, she spoke of finding fame in the late 1960s: "The casting couch was in full swing, people expected it... My teen-age years were pretty intense, a lot of pressure and a lot of horrible old men out there". In a 1977 interview, she had also said: "I was promised lots of lovely big film parts by American producers if I went to bed with them. Believe me, the casting couch is no myth".

In 2003, Down was cast in another soap as Jackie Marone on CBS's The Bold and the Beautiful. In January 2012, Down confirmed that she would be departing the program. Down also appeared in the films The King's Guard with Eric Roberts and Ron Perlman, The Meeksville Ghost, 13th Child, Today You Die, and Seven Days of Grace, on which she also was a Writer. In 2011, Down appeared in Victor Salva's thriller film Rosewood Lane with Rose McGowan, Ray Wise, and Lauren Vélez. She later starred alongside Kirsten Vangsness in the comedy film Kill Me, Deadly, and played mother of leads in Dark House, I Am Watching You and Justice.

In 2015, Down discussed her experiences of sexual harassment in the 1970s by an unnamed legendary Hollywood actor and also by Producer Sam Spiegel, saying that she "never really enjoyed" her acting career: "Partly that was because of all the lecherous men, studio executives, producers and Directors. There was so much running away and hiding under tables. Anyway, I started when I was ten and I’ve been doing it for 50 years."