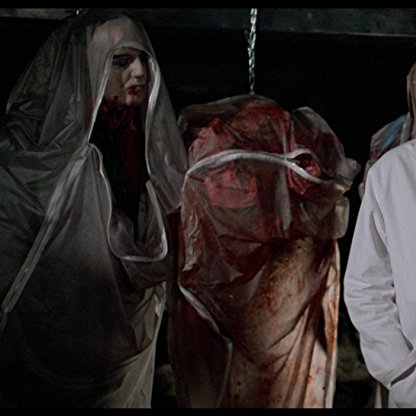 Joe Spinell was born on October 28, 1936 in  New York City, New York, United States, is Actor, Writer, Producer. Joseph J. Spagnuolo was born on October 28, 1936 in Manhattan, New York City at his family's apartment on 2nd Avenue. Spinell was a tough guy on and off screen all his life. During his teen years, while still in high school, he acted in various plays on the New York stage, on and off Broadway, eventually earning a place in Joe Papp's Shakespeare Festival Theater. In 1960, he parlayed his stage work into a performing contract for MGM where it was suggested that he change his name to Joe Spinell to make his name easier to pronounce. For nine years, Spinell worked with the group, which was also known as the Theater of the Forgotten, which also put on plays in prisons for the inmates. His minimal salary for his stage work forced him to hold down other jobs to make ends meet. Those jobs included working as a taxi driver, a post office clerk, and a liquor store clerk during Christmas holidays.In 1972, Spinell was first noticed when he appeared in his first movie role which was a small, uncredited speaking part in The Godfather (1972), the right film for a tough, mean-looking Italian with a New York City accent. After his success, he became a familiar character actor that appeared in violent urban movies where he was usually cast as vicious thugs or seedy gang leaders. In both Godfather movies he was the hit man Willy Cici. In Rocky (1976), the first of several films he made with Sylvester Stallone, he was the loan shark Gazzo who employs Rocky as a collector.His best (or worst) or most disgusting role is probably the one where is his best remembered; in a rare starring role, his character of Frank Zito in Maniac (1980) is a serial killer that kills women and uses their scalps to dress up female mannequins he keeps in his apartment. After Maniac (1980), Spinell continued acting with big-name Hollywood and independent movie directors usually playing villainous thugs in small to medium roles.During the last years of his life Spinell's choice of projects becomes increasingly suspect; for example imprisoned serial killer John Wayne Gacy wanted Spinell to play him in a movie. But with Maniac (1980) still on his mind, Spinell always wanted to do a sequel to the movie and with New York filmmaker Buddy Giovinazzo, they shot a 10-minute promo reel in 1986 titled Mr. Robbie, which was to be the sequel for Maniac (1980). After a few years of hard work and searching, Spinell found financing for the sequel. But just as pre-production was to begin, Joe Spinell suddenly passed away in his apartment in Sunnyside, Queens, New York on January 13, 1989, at age 52 due to undetermined causes, still the subject of much speculation. Some say he died of a heart attack because of his failing health in recent months due to his heavy drinking, drug use, and the emotional turmoil resulting from his mother's death (who passed away in 1987.) Others say he died from an asthma attack, or that he bled to death from an accidental (or deliberate) cut since he was a hemophiliac.Spinnel left behind an impressive body of film work that stands as a testament to his talent and unique screen presence as a character actor. He is survived by an ex-wife, a daughter, two brothers and a sister.
Joe Spinell is a member of Actor

Does Joe Spinell Dead or Alive?

Joe Spinell’s zodiac sign is Scorpio. According to astrologers, Scorpio-born are passionate and assertive people. They are determined and decisive, and will research until they find out the truth. Scorpio is a great leader, always aware of the situation and also features prominently in resourcefulness. Scorpio is a Water sign and lives to experience and express emotions. Although emotions are very important for Scorpio, they manifest them differently than other water signs. In any case, you can be sure that the Scorpio will keep your secrets, whatever they may be.

Joe Spinell was born in the Year of the Rat. Those born under the Chinese Zodiac sign of the Rat are quick-witted, clever, charming, sharp and funny. They have excellent taste, are a good friend and are generous and loyal to others considered part of its pack. Motivated by money, can be greedy, is ever curious, seeks knowledge and welcomes challenges. Compatible with Dragon or Monkey. 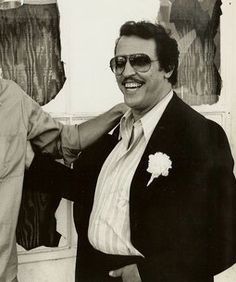 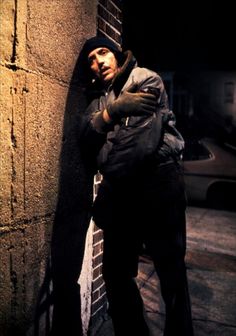 Spinell was born Joseph J. Spagnuolo (Italian pronunciation: [spaˈɲɲwɔlo]) in Manhattan, New York, of Italian immigrant parents, and the last of six children. His father, Pelegrino Spagnuolo (1892–1950), died from liver and kidney disease. His mother, Filomena Spagnuolo (1903–1987), was a bit-part Actress who acted in a few movies, some of them alongside her son. Spinell stood 5 foot and 11 inches. He was born at his family's apartment on Second Avenue in Manhattan's Kip's Bay, an area then home to 10,000 Italian Americans. A few years after the death of his father, he moved with his mother and older siblings to Woodside, Queens, New York where he lived off-and-on for the remainder of his life. He was known to abuse drugs and alcohol heavily on and off throughout his career, especially during periods of unemployment. Spinell also suffered most of his life from hemophilia as well as chronic asthma.

Spinell was married to adult film star Jean Jennings (1957-2011) from February 1977 to July 1979. Together they had one daughter, but they eventually divorced (this was referenced for Spinell's role in the 1980 film Cruising, where his brutal, closeted NYPD patrolman talks about how his wife had abandoned him by taking their child and leaving for Florida, which is very similar to what actually happened to Spinell right before he began filming this role). A close friend of Sylvester Stallone, Spinell was the godfather of his late son Sage Stallone. He was the distant cousin of New York Giants assistant defensive coach Steve Spagnuolo.

Because of his large, heavyset frame and imposing looks, Spinell was often cast as Criminals, thugs, or corrupt police officers. As a teenager and young adult, Spinell starred in various stage plays, both on and off Broadway. His most notable film roles were as mafioso Willie Cicci in The Godfather and The Godfather Part II, and as loan shark Tony Gazzo in Rocky and Rocky II. Although primarily known as a character actor, Spinell co-wrote and starred as a serial killer in the 1980 film, Maniac.

Maniac 2: Mr. Robbie was a 1986 horror short promotional film shot by Joe Spinell to raise financing for a sequel to Spinell's 1980 horror film Maniac. The short film was included with the 30th anniversary edition release of Maniac. The feature-length version of the film was never shot after Spinell's death in 1989.

Joe Spinell died in his apartment located off of Greenpoint Avenue in Sunnyside, Queens, New York on January 13, 1989 at the age of 52. Sometime during that morning, he cut himself badly on his glass shower stall door after apparently slipping in his bathtub while showering and soon afterward fell asleep on his couch instead of calling for help, his hemophilia causing him to bleed to death. His body was found by his friend Sal Sirchia. Sirchia had phoned Spinell that morning and was told of the injury and his refusal of treatment. Sirchia became concerned when he tried calling Spinell from his workplace at around noon and there was no answer. In the late afternoon, Sirchia left work at the end of his shift and drove to Spinell's apartment. After no one answered the front door, Sirchia called the building superintendent, who entered Spinell's apartment, where they both found Spinell dead on his living room couch. Wearing only a bathrobe, Spinell bled to death over part of the couch from an apparent deep cut on the back of his head.