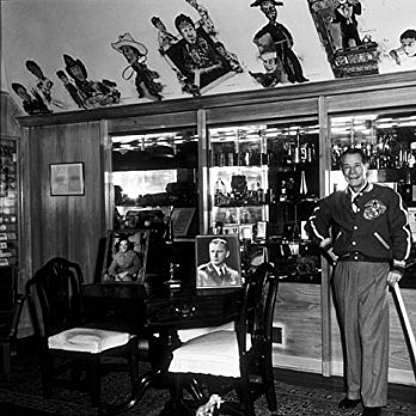 Joe E. Brown was born on July 28, 1891 in  Holgate, Ohio, United States, is Actor, Soundtrack. Joe E. Brown happily claimed that he was the only youngster in show business who ran way from home to join the circus with the blessings of his parents. In 1902, the ten-year-old Brown joined a circus tumbling act called the Five Marvellous Ashtons, which toured various circuses and vaudeville theaters. Joe later began adding comedy bits into his vaudeville act and added more as it became popular. In 1920 he debuted on Broadway in an all-star review called "Jim Jam Jems". As he developed skits and comedy routines throughout the 1920s, he built up his confidence and his popularity soared. The same could not be said for his debut in movies. Hired for a non comedy role in The Circus Kid (1928), he played a lion tamer whose fate is death. He didn't register with the public until he signed with Warner Brothers in 1929 to do comedy roles in the film adaptations of Broadway shows such as Sally (1929) and Top Speed (1930). Joe would be well known for his loud yell, his infectious grin and his cavernous mouth. Since many of his films revolved around sports, his natural athletic ability, combined with the physical comedy, made them hits. In Local Boy Makes Good (1931), Joe played a botanist who becomes a track star. As he had briefly played semi-pro baseball, he was a natural for films like Fireman, Save My Child (1932), in which he played a pitcher who was also a fireman. Two of his biggest hits involved the game of baseball, Elmer, the Great (1933) and Alibi Ike (1935). In his contract with Warners, he had it written that he would have his own baseball team at the studio to play when he was able. Joe was one of the top ten moneymaking stars for 1933 and 1936. In 1937, he left Warners to make films for David L. Loew, and it was a disaster. Most of the films were cheaply made with poor production values, and only a few were successful. Two of the better ones were Riding on Air (1937) and The Gladiator (1938). Brown always called signing with Loew his biggest professional mistake and with Loew his popularity fell. By the end of the 1930's he was working in "B" material which would have been unimaginable less than five years earlier. With the advent of World War II, Joe worked tirelessly to entertain the troops while his film career floundered. Their enthusiastic response enabled Joe to overcome the death of his son, Captain Donald Brown, on a training flight. In 1947 Joe was back in the biz and back on stage in a road company tour of the comedy "Harvey". His first movie role in three years was as a small-town minister in the drama The Tender Years (1948). Even though he gave a good performance, it would be another three years before he was again on the big screen, in the big-budget 1951 remake of Show Boat (1951), in which he played Captain Hawks. When his film career became almost nonexistent, Joe worked on radio and in television. He starred as the clown in the drama The Buick Circus Hour (1952) from 1952 to 1953 and made guest appearances on a number of other shows in the 1950s and early 1960s. His peers regarded him as one of the few truly nice people in Hollywood (a short list of his contemporaries would include Jean Hersholt and Jack Benny). After a few small movie roles in the 1950s, he was discovered by a new generation as the millionaire Osgood Fielding III in Billy Wilder's classic Some Like It Hot (1959), uttering the last immortal line of the film, "Well, nobody's perfect."
Joe E. Brown is a member of Actor

Joe E. Brown’s zodiac sign is Leo. According to astrologers, people born under the sign of Leo are natural born leaders. They are dramatic, creative, self-confident, dominant and extremely difficult to resist, able to achieve anything they want to in any area of life they commit to. There is a specific strength to a Leo and their "king of the jungle" status. Leo often has many friends for they are generous and loyal. Self-confident and attractive, this is a Sun sign capable of uniting different groups of people and leading them as one towards a shared cause, and their healthy sense of humor makes collaboration with other people even easier.

Joe E. Brown was born in the Year of the Rabbit. Those born under the Chinese Zodiac sign of the Rabbit enjoy being surrounded by family and friends. They’re popular, compassionate, sincere, and they like to avoid conflict and are sometimes seen as pushovers. Rabbits enjoy home and entertaining at home. Compatible with Goat or Pig. 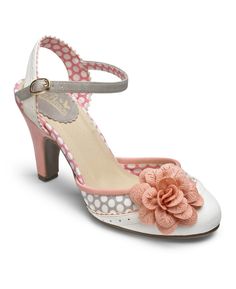 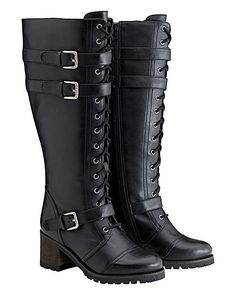 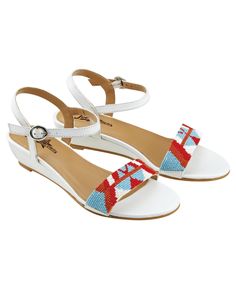 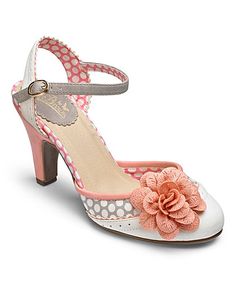 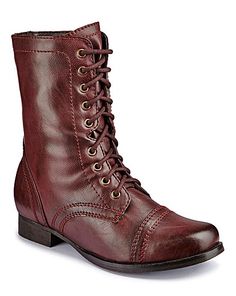 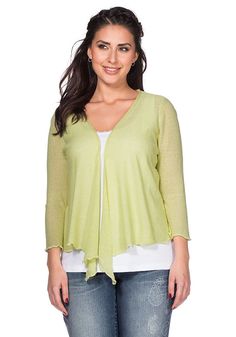 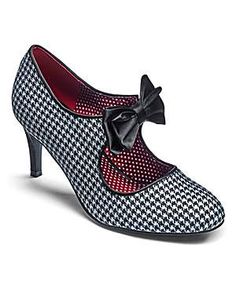 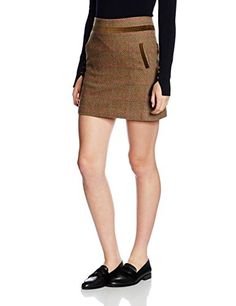 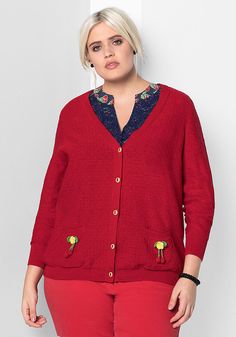 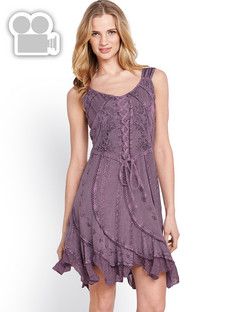 Brown was born on July 28, 1891, in Holgate, Ohio, near Toledo, into a large family largely of Welsh descent. He spent most of his childhood in Toledo. In 1902, at the age of ten, he joined a troupe of circus tumblers known as the Five Marvelous Ashtons, who toured the country on both the circus and vaudeville circuits. Later he became a professional baseball player. Despite his skill, he declined an opportunity to sign with the New York Yankees to pursue his career as an entertainer. After three seasons he returned to the circus, then went into Vaudeville and finally starred on Broadway. He gradually added comedy to his act, and transformed himself into a Comedian. He moved to Broadway in the 1920s, first appearing in the musical comedy Jim Jam Jems.

In late 1928, Brown began making films, starting the next year with Warner Bros.. He quickly became a favorite with child audiences, and shot to stardom after appearing in the first all-color all-talking musical comedy On with the Show (1929). He starred in a number of lavish Technicolor Warner Brothers musical comedies including: Sally (1929), Hold Everything (1930), Song of the West (1930), and Going Wild (1930). By 1931, Joe E. Brown had become such a star that his name was billed above the title in the films in which he appeared.

Brown was a Sports enthusiast, both in film and personally. Some of his best films were the "baseball trilogy" which consisted of Fireman, Save My Child (1932), Elmer the Great (1933) and Alibi Ike (1935). He was also a television and radio broadcaster for the New York Yankees in 1953. His son, Joe L. Brown, inherited an interest in baseball, becoming the general manager of the Pittsburgh Pirates for more than twenty years. Brown also spent Ty Cobb's last days with him before he died, discussing his life.

He was caricatured in the Disney cartoons Mickey's Gala Premiere (1933), Mother Goose Goes Hollywood (1938), and The Autograph Hound (1939); all of them contain a scene in which he is seen laughing so loud that his mouth opens extremely wide. According to the official autobiography Daws Butler: Characters Actor, Daws Butler used Joe E. Brown as inspiration for the voices of two Hanna-Barbera cartoon characters: Lippy the Lion (1962) and Peter Potamus (1963–1966).

Brown was one of the few vaudeville comedians to appear in a Shakespeare film; he played Francis Flute in the Max Reinhardt/William Dieterle film version of Shakespeare's A Midsummer Night's Dream (1935) and was highly praised for his performance. He starred in Polo Joe (1936) with Carol Hughes and Richard "Skeets" Gallagher, and in Sons o' Guns. In 1933 and 1936, he became one of the top ten earners in films. He was sufficiently well known internationally by this point to be depicted in comic strips in the British comic Film Fun for twenty years from 1933.

He left Warner Brothers to work for Producer David L. Loew, starring in When's Your Birthday? (1937). In 1938, he starred in The Gladiator, a loose film adaptation of Philip Gordon Wylie's 1930 novel Gladiator that influenced the creation of Superman. He gradually switched to making "B" pictures.

In 1939, Brown testified before the House Immigration Committee in support of a bill that would allow 20,000 German Jewish refugee children into the US. He later adopted two refugee children.

Joe E. Brown's other two sons were in the military Service. In 1942 Brown's son, Captain Don E. Brown, was killed when his A-20 Havoc crashed near Palm Springs, California. At 50, Brown himself was too old to enlist, but he traveled thousands of miles at his own expense to entertain American troops. He was the first to do so, traveling to both the Caribbean and Alaska before Bob Hope had, and before the USO was organized.

In 1948, he was awarded a Special Tony Award for his work in the touring company of Harvey.

Another of his notable postwar roles was that of "Cap'n Andy Hawkes" in MGM's 1951 remake of Show Boat, a role that he reprised onstage in the 1961 New York City Center revival of the musical and on tour. The musical film version included such prominent costars as Ava Gardner, Howard Keel, and Kathryn Grayson. Brown performed several dance routines in the film, and famed Choreographer Gower Champion appeared along with first wife Marge. Brown's final film appearance was in The Comedy of Terrors (1964). Weeks earlier, he had appeared as Diamond "Dimey" Vine in an episode of Jack Palance's ABC circus drama The Greatest Show on Earth.

Brown's Sports enthusiasm also led to him becoming the first President of PONY Baseball and Softball (at the time named Pony League) when the organization was incorporated in 1953. He continued in the post until late 1964, when he retired. Later he traveled additional thousands of miles telling the story of PONY League, hoping to interest adults in organizing baseball programs for young people. He was also a fan of Thoroughbred horse racing, a regular at Del Mar Racetrack and the races at Santa Anita.

His best known postwar role was that of aging millionaire Osgood Fielding III in Billy Wilder's 1959 comedy, Some Like It Hot. Fielding falls for Daphne (Jerry), played by Jack Lemmon in drag; at the end of the film, Lemmon takes off his wig and reveals to Brown that he is a man, to which Brown responds; "well, nobody's perfect", one of the most celebrated punchlines in film history.

For his contributions to the film industry, Brown was inducted into the Hollywood Walk of Fame in 1960 with a motion pictures star located at 1680 Vine Street.

In 1961, Bowling Green State University renamed the theatre in which Brown appeared in Harvey in the 1950s as the "Joe E. Brown Theatre". It was closed in 2011.

Brown began having heart problems in 1968, after suffering a severe heart attack, and underwent cardiac surgery. He died from arteriosclerosis on July 6, 1973, at his home in Brentwood, Los Angeles, California, three weeks before his 82nd birthday. He is interred at Forest Lawn Memorial Park in Glendale, California.

"While big USO names like Bob Hope did not visit the Leyte, Philippine area my father was in (housing was not good), Leyte received any number of entertainers during the war. Dad said the entertainers were all just a bunch of nice people. One group in particular was the top actors from a very popular and large musical of the times. Dad and a few of his buddies would walk back to the tents that housed the USO performers and would visit with them. Mostly, the USO performers were curious about the events on the islands and how the men were handling things. One performer, a "wonderful comedian" named Joe E. Brown, would commandeer a military vehicle and be driven around the island. The entertainer would stop military pedestrians, "ream" them for some inconsequential matter, start laughing, then invite them into the cab so they could be driven to their destinations. Joe E. Brown was greatly appreciated." (Memories of Capt. Donald Courtright, told to his daughter Mary in 2011.)