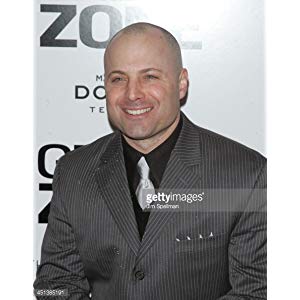 J
Jerry Della Salla is a member of Actor

As per our current Database, Jerry Della Salla is still alive (as per Wikipedia, Last update: May 10, 2020).

Jerry Della Salla’s zodiac sign is Taurus. According to astrologers, Taurus is practical and well-grounded, the sign harvests the fruits of labor. They feel the need to always be surrounded by love and beauty, turned to the material world, hedonism, and physical pleasures. People born with their Sun in Taurus are sensual and tactile, considering touch and taste the most important of all senses. Stable and conservative, this is one of the most reliable signs of the zodiac, ready to endure and stick to their choices until they reach the point of personal satisfaction.

Jerry Della Salla was born in the Year of the Rooster. Those born under the Chinese Zodiac sign of the Rooster are practical, resourceful, observant, analytical, straightforward, trusting, honest, perfectionists, neat and conservative. Compatible with Ox or Snake.

He studied with Stella Adler and is a graduate of the NYU Tisch Drama Program.

Co-starred with the late Victor Argo in his last film- Personal Sergeant (2004).

Co-Starred opposite Matt Damon in the Green Zone (2010), Directed by Paul Greengrass.

Performed with Edward Norton Off-Broadway in 'Waiting For Lefty', at the Kampo Cultural Center, NYC (1992).

Performed with Peter Dinklage in 'Taming of the Shrew', at the NJ Shakespeare Festival (1993).

Boxed as an Amateur in the NJ Diamond gloves, under the Training of Hall of Fame coach Tex Gonzalez.