Does Frances Rafferty Dead or Alive?

As per our current Database, Frances Rafferty has been died on 18 April, 2004 at Paso Robles, California, USA.

Frances Rafferty’s zodiac sign is Gemini. According to astrologers, Gemini is expressive and quick-witted, it represents two different personalities in one and you will never be sure which one you will face. They are sociable, communicative and ready for fun, with a tendency to suddenly get serious, thoughtful and restless. They are fascinated with the world itself, extremely curious, with a constant feeling that there is not enough time to experience everything they want to see.

Frances Rafferty was born in the Year of the Dog. Those born under the Chinese Zodiac sign of the Dog are loyal, faithful, honest, distrustful, often guilty of telling white lies, temperamental, prone to mood swings, dogmatic, and sensitive. Dogs excel in business but have trouble finding mates. Compatible with Tiger or Horse. 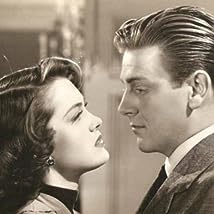 A pouty-lipped glamour girl in "B" films during the 1940s, actress Frances Rafferty did a complete role reversal and turned wholesome housewife on TV into the next decade.Born on June 16, 1922 in Sioux City, Iowa, Frances Anne Rafferty and her family, during the Depression era, moved to Los Angeles in search of work.

Interested in the arts while growing up, she won a scholarship to the Edith Jane Dancing School the next year and attended UCLA following her high school graduation, but dropped out when she nabbed an understudy position for dancer Vera Zorina in the film I Was an Adventuress (1940), choreographed by the legendary George Balanchine.

A severe leg injury suffered after falling during a performance of "The Firebird" at the Hollywood Bowl changed her focus from dance to acting. Coached by the renowned teachers Maria Ouspenskaya, Frances was signed by MGM at the age of 19 and began with a dancing bit in Presenting Lily Mars (1943) starring Judy Garland.

Other parts in The War Against Mrs. Hadley (1942), Barbary Coast Gent (1944) and Mrs. Parkington (1944) added to her film credits. Her almond-shaped eyes gave this beauty a slightly exotic look and she capitalized on it in her best movie performance Dragon Seed (1944) as the ill-fated Oriental girl who is raped and subsequently murdered.

Her skills as a dancer also showed up in the film comedy Bud Abbott and Lou Costello in Hollywood (1945), in which she dances in the elaborate "On the Midway" number.Unable to secure major starring parts in "A" pictures, Frances remained an able "B"-level co-star with postwar roles in Bad Bascomb (1946), Lost Honeymoon (1947), Curley (1947) and An Old-Fashioned Girl (1949).

None did anything to further her career.A marriage to John Harlan in 1944 lasted only three years. In 1948 she married Thomas R. Baker, an Air Force colonel who later became general manager for the Los Alamitos Racetrack.

They had two children, Bridget and Kevin. Following a role in The Shanghai Story (1954), Frances began setting her sights realistically on TV. A friendship with comedienne Lucille Ball helped Frances earn the co-starring role of "Ruth Henshaw", the daughter of Spring Byington, in the highly popular Desilu sitcom December Bride (1954), a role for which she is probably best known.

When Harry Morgan, who played "Pete Porter" on the show, spun his character into the subsequent series Pete and Gladys (1960), Frances was brought on board to play Nancy, a next-door-neighbor. The show, which co-starred Cara Williams as Gladys, was short-lived, lasting only one season.

Frances quietly semi-retired after the show's demise with just a handful of TV performances coming her way, then disappeared altogether. She later raised quarter horses with her husband in California for a time.

She died in 2004 of natural causes at age 81 in Paso Robles, where she helped form a local acting group called the "Pioneer Players".

Frances Rafferty Net Worth and Salary