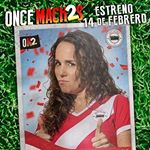 Does Erika Villalobos Dead or Alive?

As per our current Database, Erika Villalobos is still alive (as per Wikipedia, Last update: May 10, 2020).

Erika Villalobos’s zodiac sign is Virgo. According to astrologers, Virgos are always paying attention to the smallest details and their deep sense of humanity makes them one of the most careful signs of the zodiac. Their methodical approach to life ensures that nothing is left to chance, and although they are often tender, their heart might be closed for the outer world. This is a sign often misunderstood, not because they lack the ability to express, but because they won’t accept their feelings as valid, true, or even relevant when opposed to reason. The symbolism behind the name speaks well of their nature, born with a feeling they are experiencing everything for the first time.

Erika Villalobos was born in the Year of the Tiger. Those born under the Chinese Zodiac sign of the Tiger are authoritative, self-possessed, have strong leadership qualities, are charming, ambitious, courageous, warm-hearted, highly seductive, moody, intense, and they’re ready to pounce at any time. Compatible with Horse or Dog.

Peruvian actress known for her roles in productions such as The Great Blood, Hunting A Millionaire and Locos De Amor 2. In 2013 she won the musical reality show Your Face Sounds To Me, and 2015 she was a contestant on the dance competition The Great Show. She has 180,000 followers on Instagram.

She graduated from the University of Lima with a degree in communication sciences and studied acting at the Teatro del Sol in 1989.

In 2013 she played Liza Minnelli in the musical the Boy From Oz.

She married screenwriter Aldo Miyashiro in 2005. They have a son, Micael Miyashiro Villalobos.

Vanessa Saba were her costars in Locos De Amor 2.