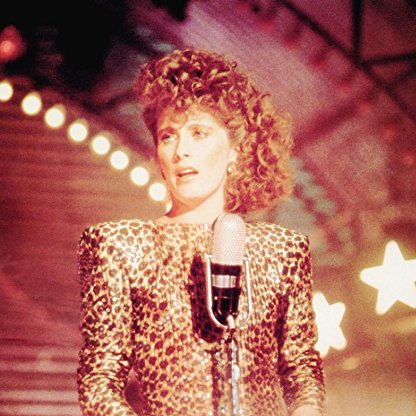 Does Debra Byrne Dead or Alive?

As per our current Database, Debra Byrne is still alive (as per Wikipedia, Last update: May 10, 2020).

Currently, Debra Byrne is 63 years, 4 months and 9 days old. Debra Byrne will celebrate 64rd birthday on a Tuesday 30th of March 2021. Below we countdown to Debra Byrne upcoming birthday.

Debra Byrne’s zodiac sign is Aries. According to astrologers, the presence of Aries always marks the beginning of something energetic and turbulent. They are continuously looking for dynamic, speed and competition, always being the first in everything - from work to social gatherings. Thanks to its ruling planet Mars and the fact it belongs to the element of Fire (just like Leo and Sagittarius), Aries is one of the most active zodiac signs. It is in their nature to take action, sometimes before they think about it well.

Debra Byrne was born in the Year of the Rooster. Those born under the Chinese Zodiac sign of the Rooster are practical, resourceful, observant, analytical, straightforward, trusting, honest, perfectionists, neat and conservative. Compatible with Ox or Snake. 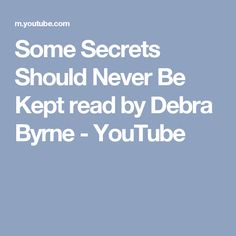 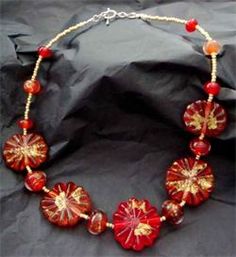 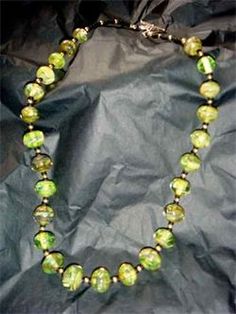 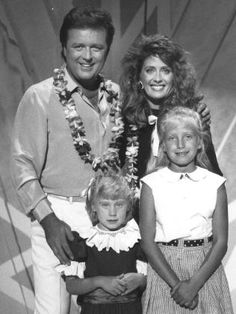 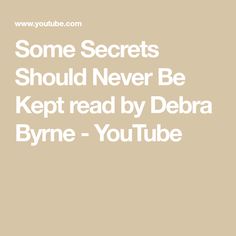 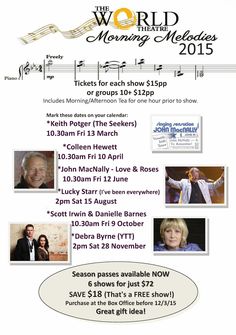 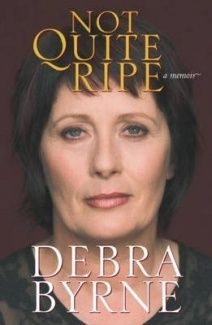 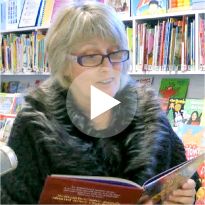 In 1969 Debra "Debbie" Byrne made her television debut on Brian and the Juniors, a children's variety and talent quest, which was hosted by Brian Naylor. She stayed with the show for 12 months until it finished late in 1970. In April 1971 she became an original cast member on Young Talent Time, another children's talent quest, which was hosted by Johnny Young. Byrne proved to be a popular cast member: in March 1974 she won the Logie Award for Best Teenage Personality and the TV Week Queen of Pop Award in October.

Since 1972 Byrne has been a regular performer at the Christmas Eve Carols by Candlelight concert at Melbourne's Sidney Myer Music Bowl. At the 2005 concert she performed a duet of Silent Night with her five-year-old daughter, Lucille, who was making her professional stage and television debut. In late 2006 her autobiography, Not Quite Ripe: A Memoir, was published on Pan Macmillan. She described how the book took her four years to write, "On and off. I wrote and I didn't write." Byrne reprised her role of Grizabella in the ExitLeft production of Cats, which was staged at the Derwent Entertainment Centre in Hobart in late-October 2007.

In February 1975 she was hospitalised due to "a nervous collapse brought on by a strenuous touring campaign." Her support slot on a tour for United States singer, Gene Pitney, was taken up by Samantha Sang. Byrne described how "I was drinking, smoking, barely eating, and spending a lot of time in hotel rooms fighting anxiety and depression."

By October 1978 Byrne was married to David John Dudley (born ca. 1956) and the couple lived in Elwood. In that month the pair were cleared of drugs charges; Byrne declared that "she knew of some entertainers who had 'come to grief' by being associated with drugs. She had been to one or two parties where drugs were being used but she did not mix with that section of the entertainment industry." Later she recalled meeting Dudley at a party where her "latest boyfriend was an everyday dope smoker and I loved the freedom the drug gave me." Her marriage to Dudley broke-up in 1980 and her mother died in that year.

Byrne's career stalled between 1980 and 1985 due to her heroin addiction, for which she undertook rehab at Odyssey House. A further stumbling block occurred when a sex tape of her and a former partner was stolen and leaked to the media.

From July 1985 to mid-1987 she portrayed Grizabella in the original Australian musical theatre production of Cats, initially at Sydney's Theatre Royal. In July 1987 she featured in Jerry's Girls in Sydney and then Melbourne, in October. She took the role of Fantine in the original Australian cast of Les Misérables from November in that year. She reprised that role on a various artists' album, The Complete Symphonic Recording of Les Misérables (1988), which featured the best performers from worldwide productions. The album won a Grammy Award for Best Musical Theater Album. She also recorded a little-known ecological song, "Nature's Lament", with the Australian cast of Les Misérables.

During 1987 while rehearsing for her role of Fantine in the Australian theatre production of Les Misérables, Byrne met fellow actor, Neil Melville. By June 1989 the couple were planning their wedding. Byrne and Melville separated in November 1996 and later divorced.

On 25 January 1988 Byrne performed at the Sydney Entertainment Centre in the Royal Bicentennial Concert for the Prince and Princess of Wales. Byrne was also portraying Fantine that evening at the Theatre Royal: she was required to "dash between her dying and ghost scenes of Les Misérables to sing a finale anthem" at the Australian Bicentenary celebration. Her backing group for the concert comprised 1500 children. In December 1989 Les Misérables, with Byrne continuing her role as Fantine, began its run at Princess Theatre in Melbourne.

In April 1994 she released her next contemporary album, Sleeping Child, for which she co-wrote tracks with Pete Bowman, Paul Kelly, Paul Norton and Tom Kimmel; she also co-produced the album with Mark Moffatt. Session Musicians were Moffatt, Jack Jones (of Southern Sons) and Mark Punch (Renée Geyer Band) on guitars; Joe Creighton (The Revelators) on bass guitar and Alex Pertout on percussion. It includes songs about her children, relationships, sexual abuse, substance dependence, loss and grief.

During mid-1995 Byrne starred in the role of April in Hot Shoe Shuffle for the Auckland and Sydney seasons. When the original leading lady, Rhonda Burchmore, left to have a baby, Byrne was asked to fill-in by the choreographer-director, David Atkins. However, she "could not tap, and she had to learn for the show after previously only doing selected steps in the musical Jerry's Girls and Atkins's last show, Dancing Dynamite."

Byrne's performances as Norma Desmond on Sunset Boulevard from October 1996 to June 1997 were interrupted by "her frequent and sudden absences from the show [which] were partially blamed for the show's lack of success" despite "great critical notices." She had attempted suicide late in 1997 and was being treated by a Psychiatrist to feel "more focused and driven than ever before." She was diagnosed with clinical depression and undertook a course of prescription medication. In March 1998 she told Peter Ford of Playbill that "Nobody ever bothered to investigate if that was my major Problem, when finally I had a label for my troubles it was a great relief."

In May 1997 Byrne released her fifth studio album, New Ways to Dream. Andrew Gans of Playbill opined that "it is a wonderful recording. Byrne has a throbbing voice that is one of the most emotional sounds you'll encounter. To me, the late Nancy LaMott's voice always sounded full of 'warmth'; similarly Byrne's voice sounds full of warmth plus a life of 'battles won and lost.'" She performed a duet with Jackman on a medley of Stephen Sondheim's "No One Is Alone" and "Children Will Listen" from his musical play, Into the Woods. Gans felt the duet was "another highlight" as "the two create a moving, mini-drama."

Byrne's live cabaret, Caught in the Act Again, commenced during mid-1999, it included both show tunes and some original material. The first half was "a little too low-key, mostly because the songs all have a similar, slow, acid-jazzy tempo" according to Fiona Scott-Norman of The Age. She was backed by John McAll on piano and Don Hirini as backing vocalist; she also co-wrote some material, including "I Don't Make the Rules", with Hirini. Caught in the Act Again earned a Green Room Award nomination for Best Cabaret Performance and Best Musical Arrangement.

Byrne was the domestic partner of French musician, Ced Le Meledo, with whom she collaborated on the live show, Paris-Melbourne. The couple separated in 2006. In that same year her autobiography, Not Quite Ripe: A Memoir, was released and described by her publisher as "the real story of her gritty, sometimes perilous existence as she chased her career, became addicted to heroin and finally rehabilitated herself". Byrne has three children: Arja, Lauren and Lucille (b. 12 July 2000). Lucille has also performed in theatre.

Her cabaret work includes writing, directing, choreographing and starring in Girls, Girls, Girls from May to June 2002. The show also starred Wendy Stapleton and Lisa Edwards (replaced by Nikki Nicholls) as a tribute to the Supremes, Cilla Black, Dusty Springfield, Patsy Cline and Lulu. In 2002 it won the Herald Sun Best Cabaret Award. The shows had sold out before they opened. In subsequent years Byrne, Stapleton and Nicholls periodically resumed Girls, Girls, Girls.

In April 2009 Byrne played the role of Sue Barnes in Metro Street at its world premiere in Adelaide and its subsequent tour to South Korea, with an appearance at the Daegu International Musical Festival (see Daegu) in June.

From 29 July 2010 to April 2011 she played the role of the Bird Woman in the original Australian production of the stage musical, Mary Poppins at Melbourne's Her Majesty's Theatre. She reprised the role in its Sydney run at the Capitol Theatre. From May to June 2012 Byrne played the role of Claire Christie in the Nine Network's Tricky Business.

From February to March 2014 she appeared on a dramatised crime biography, Fat Tony & Co., portraying Judy Moran, wife of Lewis Moran who was part of the Carlton Crew which were involved in the Melbourne gangland killings. Fat Tony & Co. focused on the rise and fall of convicted drug mastermind, Tony Mokbel, and is an offshoot to the first series of Underbelly (February–May 2008). Byrne described her portrayal of Moran "You'd be surprised what I wear as Judy that's from my own wardrobe [...] There's a definite air of the theatrical about her and a lot of what I saw Judy wearing ... I thought she wore some really nice clothes. Everything she wore was so over the top."

In 2016 she took the role of Carlotta Campion in a concert version of Follies at the Melbourne Recital Hall for a limited run of three performances in May. In August she worked with Vika Bull in their Carole King tribute show, Tapestry. In late 2016 or early 2017, Byrne is due to appear on the third series of ABC comedy, Upper Middle Bogan.