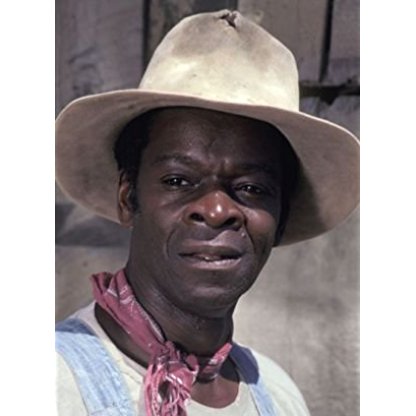 Brock Peters was born on July 02, 1927 in  New York City, New York, United States, is Actor, Soundtrack, Producer. Born of African and West Indian ancestry on July 2, 1927 in New York City, Brock Peters set his sights on a show business career early on, at age ten. A product of NYC's famed Music and Arts High School, Peters initially fielded more odd jobs than acting jobs as he worked his way up from Harlem poverty. Landing a stage role in "Porgy and Bess" in 1949, he quit physical education studies at CCNY and went on tour with the acclaimed musical. His film debut came in Carmen Jones (1954), but he really began to make a name for himself - having dropped his real name, George Fisher, in 1953 - in such films as Giet Con Chim Nhai (1962) and The L-Shaped Room (1962). He received a Tony Award nomination for his starring stint in Broadway's "Lost in the Stars" in 1973. He also appeared in Star Trek IV: The Voyage Home (1986) and Star Trek VI: The Undiscovered Country (1991), two sequels to the popular Star Trek films. Brock Peters died at age 78 of pancreatic cancer on August 23, 2005.
Brock Peters is a member of Actor

Does Brock Peters Dead or Alive?

Brock Peters’s zodiac sign is Leo. According to astrologers, people born under the sign of Leo are natural born leaders. They are dramatic, creative, self-confident, dominant and extremely difficult to resist, able to achieve anything they want to in any area of life they commit to. There is a specific strength to a Leo and their "king of the jungle" status. Leo often has many friends for they are generous and loyal. Self-confident and attractive, this is a Sun sign capable of uniting different groups of people and leading them as one towards a shared cause, and their healthy sense of humor makes collaboration with other people even easier.

Brock Peters was born in the Year of the Rabbit. Those born under the Chinese Zodiac sign of the Rabbit enjoy being surrounded by family and friends. They’re popular, compassionate, sincere, and they like to avoid conflict and are sometimes seen as pushovers. Rabbits enjoy home and entertaining at home. Compatible with Goat or Pig. 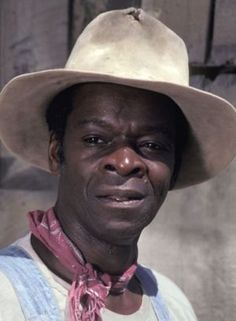 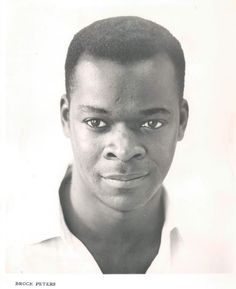 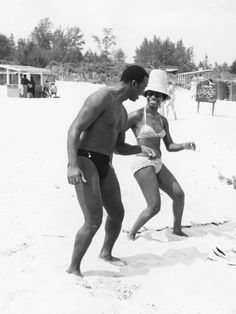 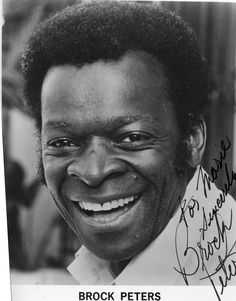 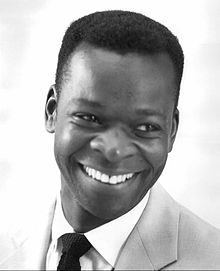 After auditioning and landing a spot touring with the Leonard DePaur Infantry Chorus (of which he was a civilian member from 1945 to 1947), however, he officially quit CCNY. Peters often joked that he "grew up" in the chorus, as his vocal range changed from baritone to bass baritone during his years with them. DePaur subsequently gave him the lead in the Chorus' popular rendition of "John Henry" (which became a repertoire mainstay of Peters in later years, singing the work on one of his two solo albums produced by United Artists Records in the 1960s). Peters at that time with the Chorus was still performing under the name of George Fisher, but was encouraged by his agent to change it to something a bit more memorable. Future African American Entrepreneur Peter Brock was a childhood friend and as he had always liked the name, Peters merely switched the order and presented the idea to his agent. After auditioning and landing a stage role in the touring company of Porgy and Bess in 1949 on the great contralto Etta Moten's suggestion, he went on tour with the opera, where the opera's statesman as Porgy, William Warfield, commended his performances and requested Peters as his understudy. It was during this time touring in Europe with the opera that celebrated African American actor-singer-activist Paul Robeson saw him in his career-defining role as "Crown" and purportedly declared him "a young Paul Robeson".

Peters made his film debut in Carmen Jones in 1954, but began to make a name for himself in such films as To Kill a Mockingbird and The L-Shaped Room. He received a Tony nomination for his starring stint in Broadway's Lost in the Stars.

Peters sang background vocals on the 1956 hit "Day-O" by Harry Belafonte, as well as on Belafonte's 1957 hit, "Mama Look a Boo-Boo". He led the chorus at recording sessions for Belafonte's 1956 album Calypso. He also sang on the song "Where" from Randy Weston's 1959 album Live at the Five Spot and shared vocal duties with Martha Flowers on Weston's album of the following year, Uhuru Afrika. During this time, Peters and Belafonte became fast friends, sharing similar political views and approaches to their careers. In 1963, he played Matthew Robinson in Heavens Above, a British satirical-comedy film starring Peter Sellers, directed by John and Roy Boulting. He played a supporting role as the gangster Rodriguez in the 1965 film, The Pawnbroker. He was a special guest star in the third season of The Streets of San Francisco, playing the character "Jacob" in the episode called "Jacob's Boy" (1974).

Peters was once romantically involved with Actress Ja'net Dubois. Peters was married to Dolores 'DiDi' Daniels from 1961 until her death in 1989. Their daughter Lisa Jo Peters was born November 3, 1962. Peters delivered the eulogy at Gregory Peck's funeral in 2003. His character, Tom Robinson, was defended by Peck's Atticus Finch in 1962's To Kill a Mockingbird. He died in Los Angeles of pancreatic cancer on August 23, 2005, at the age of 78. Peters is buried in the Revelation section at Hollywood Hills Forest Lawn Cemetery, in North Hollywood, CA.

In the film Abe Lincoln, Freedom Fighter (1978), Peters plays Henry, a freed black slave who is falsely accused of robbery but, defended by Abraham Lincoln, is found not guilty due to the fact he has a damaged hand and could not have committed the crime. In To Kill a Mockingbird, Peters plays Tom Robinson, a black man falsely accused of raping a white girl, whom Atticus Finch shows could not have committed because his hand (and arm) were damaged. In 1970 Peters portrayed the voice of African-American boxer Jack Johnson in Bill Cayton's film of the same name, and it is in this role that he can be heard at the end of Miles Davis' Soundtrack album, Jack Johnson, saying: "I'm Jack Johnson. Heavyweight champion of the world. I'm black. They never let me forget it. I'm black all right! I'll never let them forget it!"

Between 1981 and 1996, Peters provided the voice of Darth Vader for the radio adaptation of the original Star Wars trilogy for National Public Radio. He also played the role of a Colonial prosecutor trying to make a murder case against Starbuck in an episode of the original Battlestar Galactica.

He appeared in the films Star Trek IV: The Voyage Home and Star Trek VI: The Undiscovered Country as Fleet Admiral Cartwright of Starfleet Command. Peters portrayed Joseph Sisko, father of Deep Space Nine's commanding officer, Benjamin Sisko, on Star Trek: Deep Space Nine. In 1993, he was a member of the jury at the 43rd Berlin International Film Festival. In early 2005, six months before his death, Peters guest-starred in an episode of JAG during its final season, "Bridging the Gulf", season 10 episode 15. Peters worked with Charlton Heston on several theater productions in the 1940s and 1950s. The two became friends and subsequently worked together on several films, including Major Dundee, Soylent Green, and Two-Minute Warning. He voiced Lucius Fox in several episodes of Batman: The Animated Series and Morris Grant/Soul Power in the animated series Static Shock (2000–2004).