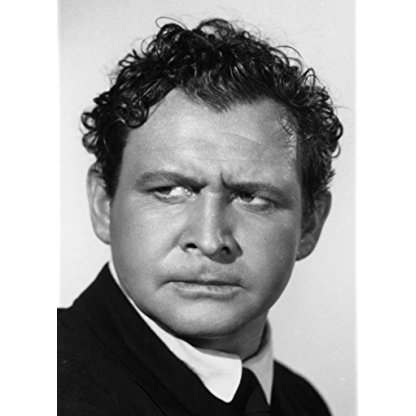 Barton MacLane was born on December 25, 1902 in  Columbia, South Carolina, United States, is Actor, Writer, Soundtrack. Barton MacLane graduated from Wesleyan University, where he displayed a notable aptitude for sports, in particular football and basketball. Not surprisingly, his physical prowess led to an early role in The Quarterback (1926) with Richard Dix. MacLane once commented that, as an actor, he needed to have the physical strength to tear the bad guys "from limb to limb", if necessary. Ironically, it was usually Barton himself who was destined to be at the end of a hiding (when not getting shot, instead), typically as snarling henchmen, outlaws and other assorted dubious or abrasive types throughout most of his 40-year acting career. In fact, Barton became so typecast, that his name was for a time used proverbially, to generally describe a shouting, hard-nosed ruffian.After training at the American Academy of Dramatic Arts, MacLane joined a stock company in Brooklyn. In 1927 he had his first part on Broadway, a brief moment as an assistant district attorney, in the melodrama "The Trial of Mary Dugan". He then played a small featured role as a police officer in "Subway Express" (1929-30), a drama enacted in the interior of a subway car. In mid-1932 MacLane tried his hand at writing his own starring vehicle for the stage, entitled "Rendezvous". While the play closed after just 21 performances, it led to a contract with Warner Brothers.Barton had already appeared in bit roles for Paramount at their Astoria Studios, including The Marx Brothers' debut film The Cocoanuts (1929). He portrayed mobster Brad Collins in 'G' Men (1935) (with James Cagney), which set the tone for most of his future assignments. Brawny, with squinty eyes and a rasping voice, MacLane was the ideal surly tough guy, particularly suitable for westerns and the type of films noir Warner Brothers excelled at. He was often cast as cops, be they bent or honest. Some of his most representative performances include gangster Al Kruger in Bullets or Ballots (1936), which won him some of the best critical notices of his career; outlaw Jack Slade in Western Union (1941); crooked construction boss Pat McCormick, who gets beaten up by Humphrey Bogart and Tim Holt over past-due wages in The Treasure of the Sierra Madre (1948); hard-nosed cops Detective Dundy in The Maltese Falcon (1941) and Lt. Reece in Kiss Tomorrow Goodbye (1950). MacLane, on loan to Universal, also had a starring role in Prison Break (1938) as an innocent tuna fisherman who is framed for murder. He was prominent as a tough but sympathetic cop, foil to sleuthing girl reporter Glenda Farrell in the "Torchy Blaine" series of the mid- to late 1930s. In the 1960s Barton began to cultivate a good-guy image as Marshal Frank Caine in the NBC western series Outlaws (1960) as well as showing up in a small recurring role as Air Force Gen. Martin Peterson in I Dream of Jeannie (1965).Barton was married to the actress Charlotte Wynters, who appeared with him in six of his films. When not on the set, the couple spent time on their 2000-acre cattle ranch in Madera County, California. For his work in television, Barton has a star on the Hollywood Walk of Fame.
Barton MacLane is a member of Actor

Does Barton MacLane Dead or Alive?

Barton MacLane’s zodiac sign is Capricorn. According to astrologers, Capricorn is a sign that represents time and responsibility, and its representatives are traditional and often very serious by nature. These individuals possess an inner state of independence that enables significant progress both in their personal and professional lives. They are masters of self-control and have the ability to lead the way, make solid and realistic plans, and manage many people who work for them at any time. They will learn from their mistakes and get to the top based solely on their experience and expertise.

Barton MacLane was born in the Year of the Tiger. Those born under the Chinese Zodiac sign of the Tiger are authoritative, self-possessed, have strong leadership qualities, are charming, ambitious, courageous, warm-hearted, highly seductive, moody, intense, and they’re ready to pounce at any time. Compatible with Horse or Dog. 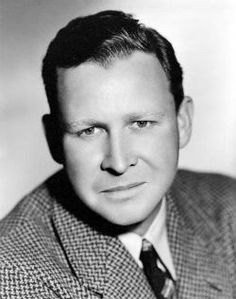 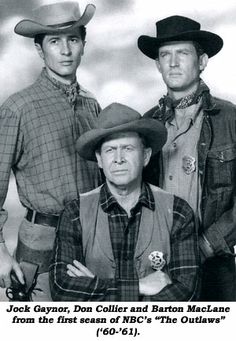 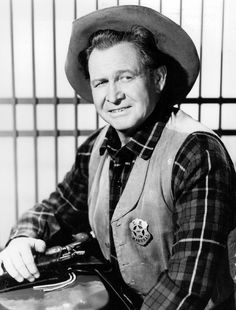 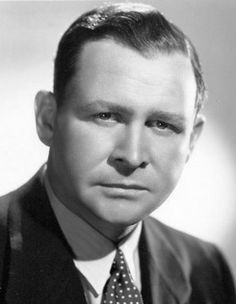 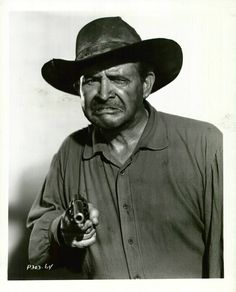 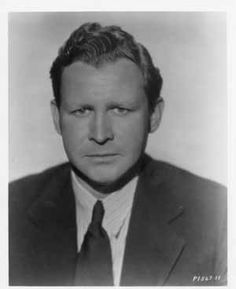 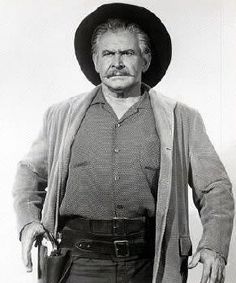 MacLane was born in Columbia, South Carolina, on Christmas Day, 1902. He attended Wesleyan University in Middletown, Connecticut, where he excelled at American football. His first movie role, in The Quarterback (1926), was a result of his athletic ability. He then attended the American Academy of Dramatic Arts.

He made his Broadway debut in 1927, playing the assistant district attorney in Bayard Veiller's The Trial of Mary Dugan. He then performed in the 1928 Broadway production of Gods of the Lightning and was part of the original cast of Subway Express as Officer Mulvaney in 1929. He appeared in the Marx Brothers' 1929 film debut The Cocoanuts. MacLane made his first credited film appearance in the 1931 romantic drama His Woman. The following year, he wrote the play Rendezvous, which he sold to Arthur Hopkins. The play was performed on Broadway, with MacLane in a featured role.

During the 1930s and 1940s, MacLane worked alongside Humphrey Bogart in several films. He played Lieutenant Dundy opposite Bogart's Sam Spade in The Maltese Falcon, writer/director John Huston's acclaimed film noir based upon Dashiell Hammett's novel. MacLane again collaborated with both Bogart and Huston on the Academy Award-winning 1948 adventure film The Treasure of the Sierra Madre.

Maclane played several musical instruments, including the violin, piano, and guitar. In 1939, MacLane married Actress Charlotte Wynters. From the 1940s until his death, he maintained a cattle ranch in eastern Madera County, California, where he made his home when he was not acting.

MacLane's many other film credits during the 1940s include The Big Street, Victor Fleming's Dr. Jekyll and Mr Hyde, Fritz Lang's Western Union, Reginald Le Borg's The Mummy's Ghost, and Frank Borzage's The Spanish Main. He also appeared in two Tarzan films starring Johnny Weissmuller, Tarzan and the Amazons and Tarzan and the Huntress. Some of MacLane's films during the 1950s include Kiss Tomorrow Goodbye, The Glenn Miller Story, and Three Violent People.

In the 1950s, MacLane began to appear regularly on television. Between 1953 and 1967, he guest starred on such programs as Conflict, Lux Video Theatre, Westinghouse Desilu Playhouse, Laramie, The Monkees, and Gunsmoke. In 1958 he played Sen. Harriman Baylor in the Perry Mason episode, "The Case of the Foot-Loose Doll." In 1960 he played Eugene Norris, Perry's friend and small-town sheriff, in "The Case of the Violent Village." In 1964 he played Archer Osmond in "The Case of the Ruinous Road".

During the 1960-1961 television season, MacLane was a series regular on twenty-seven episodes of NBC's western, Outlaws, in which he played Marshal Frank Caine. He made his last film appearance in Frank Capra's Academy Award-nominated 1961 comedy Pocketful of Miracles.

MacLane was cast in 1965 in the recurring role of General Martin Peterson on I Dream of Jeannie. He appeared in thirty-five episodes of the series between 1965 and 1969. Three of MacLane's episodes were aired after his death. His character was replaced on later episodes of that show by Gen. Winfield Schaeffer, played by Vinton Hayworth, who died the following year. Hayworth also died before all episodes featuring his character had aired.

MacLane died of double pneumonia on New Year's Day, 1969 in Santa Monica, California. He was buried in Valhalla Memorial Park Cemetery. His survivors included his wife, an adopted daughter, and a grandchild. 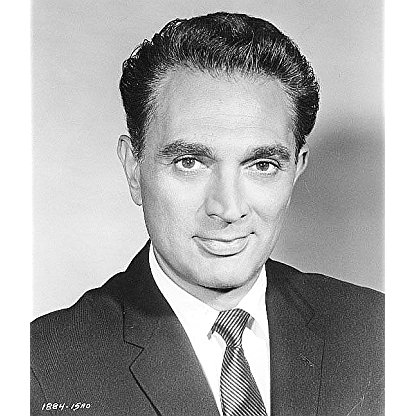 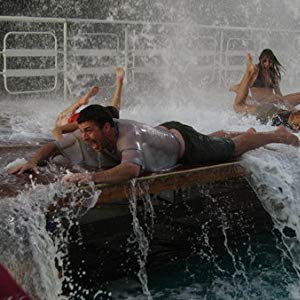 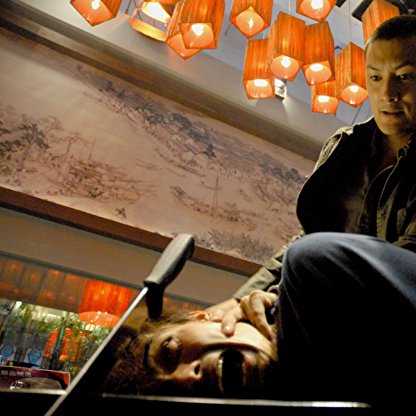