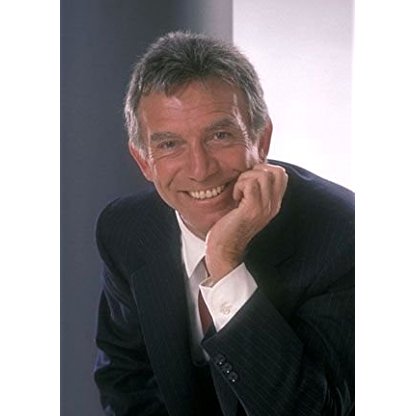 Anthony Franciosa was born on October 25, 1928 in  New York City, New York, United States, is Actor. Tony Franciosa was born Anthony Papaleo on October 25, 1928, in New York City. His parents divorced shortly after his birth, and he never really knew his father. After graduating high school, Franciosa's route to his acting career began on a serendipitous route: during a visit to a YMCA to take a free dance lesson, Franciosa came across an audition for a play. Intrigued, he auditioned and was offered a part. He began acting professionally, taking his mother's maiden name as his stage name, and had his breakthrough in Calder Willingham's play "End as a Man" (1955), which opened off-Broadway at the Theatre de Lys on September 15, 1953 and transferred to Broadway on October 14 after 32 performances. It was directed by Jack Garfein and co-starred Ben Gazzara (who won a Theatre World Award and would appear in the movie version), both of whom were associated with the Actors Studio, as was Franciosa.It was in 1955 that Franciosa first appeared in the role that would make him famous: "Polo Pope", the brother of a heroin addict, in an Actors Studio workshop production of Michael V. Gazzo's A Hatful of Rain (1957). The production later moved to Broadway, where Franciosa earned an Outer Critics Circle Award and a Tony Award nomination. Hollywood beckoned, and he made his film debut in Robert Wise's This Could Be the Night (1957) with Paul Douglas and Jean Simmons. He also appeared in Actors Studio co-founder Elia Kazan's A Face in the Crowd (1957) before reprising the role of "Polo Pope" in Fred Zinnemann's A Hatful of Rain (1957). Franciosa won an Academy Award nomination for Best Actor in 1958 for "Hatful" and, with his good looks, was a very hot commodity in Hollywood.He followed up his strong debut by starring in a variety of top A-list films, including George Cukor's Wild Is the Wind (1957), Martin Ritt's The Long, Hot Summer (1958) and The Naked Maja (1958), in which he played painter Francisco Jose de Goya, opposite Ava Gardner. His career began to run out of momentum almost as quickly as it had started, as he rapidly developed a reputation as a combative personality, earning him a reputation as "difficult". Although he starred in George Roy Hill's adaptation of Tennessee Williams' Period of Adjustment (1962), by 1964 he was reduced to appearing in a TV series, Valentine's Day (1964), which lasted a single season.In 1968 he was cast as one of three alternating leads in the television series The Name of the Game (1968), a spin-off from the 1966 TV movie _Fame Is the Name of the Game (1966) (TV)_ (the first TV-movie ever made as a pilot for a TV series that was subsequently picked up as a series). Although the show was popular with audiences, Franciosa was fired after appearing in the first two seasons; the network, NBC, justified giving him the sack by saying Franciosa's mercurial temper was causing too many problems on the set.Looking back at his career in a 1996 interview, Franciosa said that he was too young in the late 1950s, too inexperienced to handle the sudden stardom. "It was an incredible amount of attention, and I wasn't quite mature enough psychologically and emotionally for it".Franciosa also starred in the series Matt Helm: Matt Helm (1975), which only lasted one season, but his talent and charm meant he was in demand throughout the five decades of his career, though not in the kinds of roles that characterized the first two decades of his star period. He continued to act in supporting roles in movies and starring roles in TV movies and series until he retired in 1996. He appeared in one last project, "Manifest Mysteries: Coronation" (2006), shortly before his death on January 19, 2006 in Los Angeles, CA. He was 77 years old.
Anthony Franciosa is a member of Actor

Does Anthony Franciosa Dead or Alive?

Anthony Franciosa’s zodiac sign is Scorpio. According to astrologers, Scorpio-born are passionate and assertive people. They are determined and decisive, and will research until they find out the truth. Scorpio is a great leader, always aware of the situation and also features prominently in resourcefulness. Scorpio is a Water sign and lives to experience and express emotions. Although emotions are very important for Scorpio, they manifest them differently than other water signs. In any case, you can be sure that the Scorpio will keep your secrets, whatever they may be.

Anthony Franciosa was born in the Year of the Dragon. A powerful sign, those born under the Chinese Zodiac sign of the Dragon are energetic and warm-hearted, charismatic, lucky at love and egotistic. They’re natural born leaders, good at giving orders and doing what’s necessary to remain on top. Compatible with Monkey and Rat. 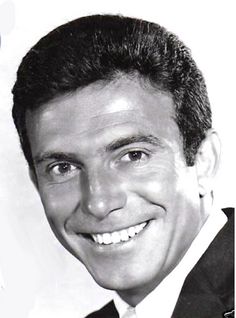 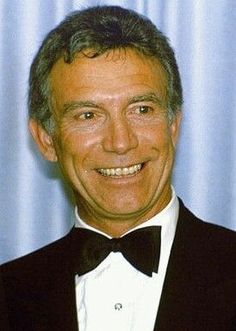 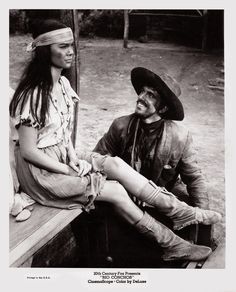 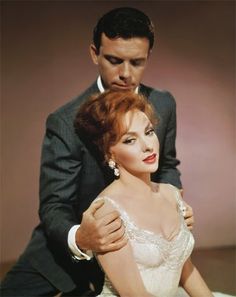 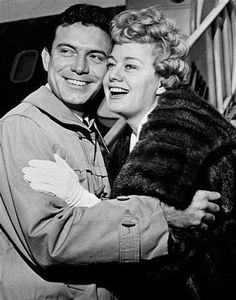 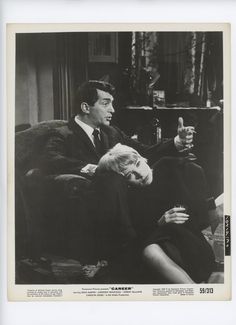 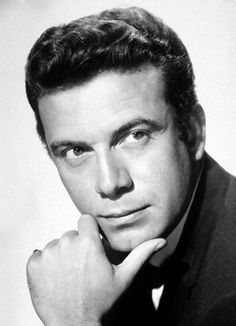 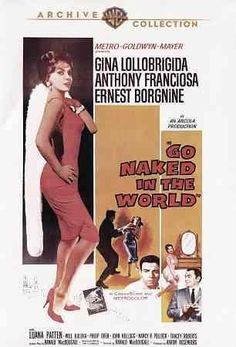 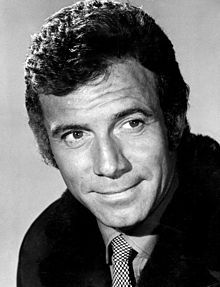 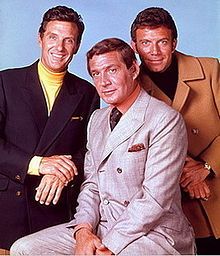 Born to an Italian-American family (his grandparents emigrated from Melfi, Basilicata, in 1890), and raised by his mother and aunt, he adopted his mother's maiden name Franciosa as his professional name.

In 1948, Franciosa joined the Cherry Lane Theatre Group off Broadway (at the same time as Actress Beatrice Arthur). Within two years, he had been accepted as a member of the Actors Studio, which would prove an invaluable resource going forward but it would be a few years more before Franciosa could make a living from acting. In the meantime, he worked a variety of jobs which included being a waiter, dishwasher, day laborer, and messenger boy. Several years later he garnered rave reviews and a Tony Award nomination for his Broadway performance of the play A Hatful of Rain.

Franciosa was married four times, and had three children. His first wife, Beatrice Bakalyar, was a Writer. They were married from 1952 to 1957. The marriage ended in divorce. His second wife was Oscar-winning Actress Shelley Winters; they were married from May 4, 1957 until their divorce in 1960; they had no children. Her death preceded his by five days.

In 1958, Franciosa had been nominated for an Academy Award for his role as Polo Pope in the film version of A Hatful of Rain (1957), opposite Eva Marie Saint and Don Murray as his brother, Johnny, a morphine addict.

Billed as "Anthony Franciosa," he won the 1960 Golden Globe Award for Best Actor – Motion Picture Drama for the role "Sam Lawson" in Career (1959), opposite Dean Martin and Shirley MacLaine. He had won the Globe competing with actors Charlton Heston in Ben-Hur, Richard Burton in Look Back in Anger, Fredric March in Middle of the Night and Joseph Schildkraut as Otto Frank in The Diary of Anne Frank.

He guest-starred in the television series The Greatest Show on Earth, Jack Palance's circus drama, which aired on ABC from 1963–1964. That same season, he appeared in the ABC medical drama about psychiatry, Breaking Point.

Eager to act in any medium, he became a series lead in the sitcom Valentine's Day and drama TV series The Name of the Game (and its pilot TV-movie Fame Is the Name of the Game), as lead role of charismatic but doggedly determined star reporter Jeff Dillon, alternating the regular lead spot with Gene Barry and Robert Stack. He was fired from the series because of his temper. He had a further alternating lead role, this time alongside Hugh O'Brian and Doug McClure, as agent Nick Bianco in Search, and then on his own in Matt Helm, a spinoff of the spy-spoof films that starred Dean Martin. He also played roles in all-star television miniseries, such as Aspen (1977) and Wheels (1978).

In the 1980s, he starred in the Aaron Spelling-produced series Finder of Lost Loves. Franciosa also made notable guest star appearances as a villain in the Western series The Virginian (episode "Holocaust," aka "The Shiloh Years") and later The Men from Shiloh, plus was star of the Theatre of Stars episode "A Case of Armed Robbery" convincingly playing a man with feelings of alienation from a society driven to crime. In the 1985 revival of The Twilight Zone, he appeared in the third-season episode "Crazy As a Soup Sandwich," playing a gangster who is revealed to be the ultimate demon.

On January 19, 2006, Franciosa died at age 77 at UCLA Medical Center in Los Angeles, California after suffering a massive stroke. His death followed that of his ex-wife Shelley Winters by five days (Franciosa suffered the stroke the day Winters died, January 14). He is survived by his wife, Rita, his children, Nina, Christopher, and Marco and his grandchildren, Ruby, Cassius, Alistar, and Rye Franciosa.