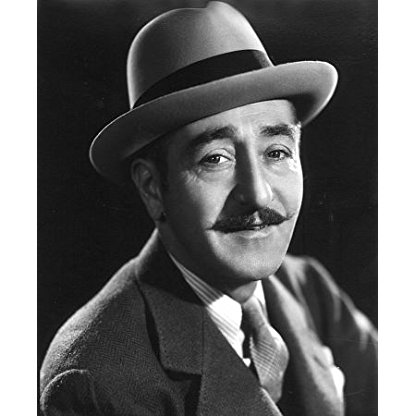 Does Adolphe Menjou Dead or Alive?

Adolphe Menjou’s zodiac sign is Pisces. According to astrologers, Pisces are very friendly, so they often find themselves in a company of very different people. Pisces are selfless, they are always willing to help others, without hoping to get anything back. Pisces is a Water sign and as such this zodiac sign is characterized by empathy and expressed emotional capacity.

Adolphe Menjou was born in the Year of the Tiger. Those born under the Chinese Zodiac sign of the Tiger are authoritative, self-possessed, have strong leadership qualities, are charming, ambitious, courageous, warm-hearted, highly seductive, moody, intense, and they’re ready to pounce at any time. Compatible with Horse or Dog. 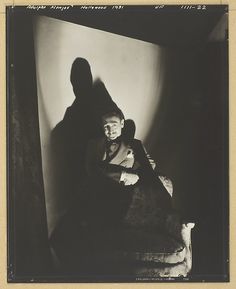 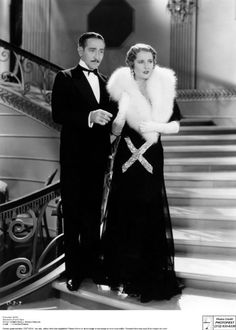 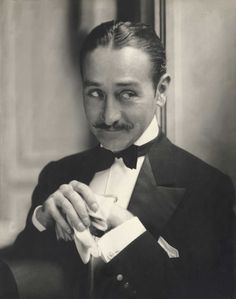 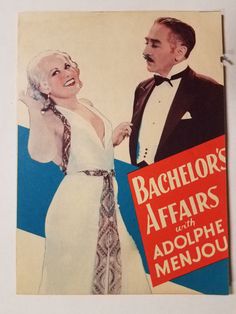 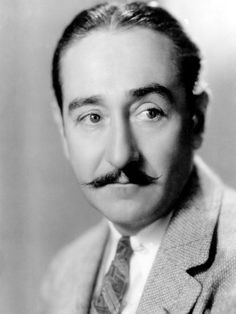 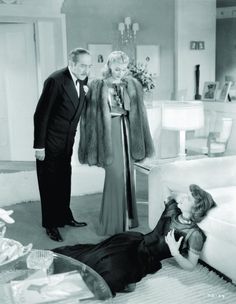 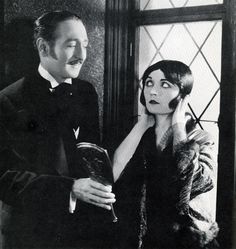 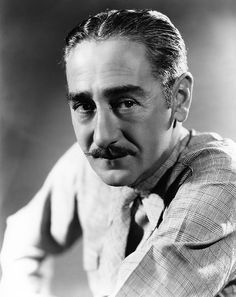 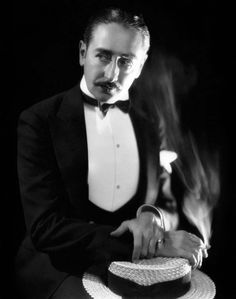 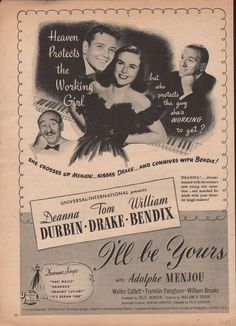 Menjou was born in Pittsburgh, Pennsylvania, to a French father, Albert Menjou (1858–1917), and an Irish mother from Galway, Nora (née Joyce) (1869–1953). He had a brother named Henry Arthur Menjou (1891-1956) who was a year younger. He was raised Roman Catholic, attended the Culver Military Academy, and graduated from Cornell University with a degree in engineering. Attracted to the vaudeville stage, he made his movie debut in 1916 in The Blue Envelope Mystery. During World War I, he served as a captain in the United States Army ambulance Service. He trained in Pennsylvania before going overseas.

Returning from the war, he became a star in such films as The Sheik and The Three Musketeers. When he starred in 1923's A Woman of Paris, he solidified the image of a well-dressed man-about-town, and was later voted the Best Dressed Man in America nine times. His career stalled with the coming of talkies, but in 1930, he starred in Morocco, with Marlene Dietrich. He was nominated for an Academy Award for The Front Page (1931).

One of the most famous photographs by the Avant-garde Photographer Umbo is a picture he titled "Menjou En Gros" ca. 1928.

Menjou was a staunch Republican who equated the Democratic Party with socialism. He supported the political ideology of Herbert Hoover's administration who rejected the belief that the federal government held responsibility for aiding the unemployed or that government should intervene to ameliorate social ills. Menjou confided to a friend that he feared that if a Democrat won the White House he "would raise taxes, destroy the value of the dollar," depriving him of a good portion of his wealth. He took precautions against this threat to his finances. "I've got gold stashed in safety deposit boxes all over town...they'll never get an ounce from me." In 1944, he joined other Celebrity Republicans at a rally in the Los Angeles Coliseum arranged by David O. Selznick in support of the Dewey–Bricker ticket as well as Governor Earl Warren of California, who would be Dewey's running mate in 1948. The gathering drew 93,000, with Cecil B. DeMille as the master of ceremonies and short speeches by Hedda Hopper and Walt Disney. Despite the good turnout at the rally, most Hollywood celebrities who took a public position sided with the Roosevelt–Truman ticket.

In 1947, Menjou cooperated with the House Committee on Un-American Activities in its hunt for communists in Hollywood. Menjou was a leading member of the Motion Picture Alliance for the Preservation of American Ideals, a group formed to oppose communist influence in Hollywood. Other members included John Wayne, Barbara Stanwyck (with whom he co-starred in Forbidden in 1932 and Golden Boy in 1939) and her husband, actor Robert Taylor.

In 1948, Menjou published his autobiography, It Took Nine Tailors.

In 1955, Menjou played Dr. Elliott Harcourt in "Barrier of Silence", episode 19 of the first season of the television series Science Fiction Theatre. He guest starred as Fitch, with Orson Bean and Sue Randall as John and Ellen Monroe, in a 1961 episode, "The Secret Life of James Thurber", based on the works of the American humorist James Thurber, of the CBS anthology series The DuPont Show with June Allyson. He also appeared in the Thanksgiving episode of NBC's The Ford Show, Starring Tennessee Ernie Ford, which aired on November 22, 1956. His final film role as the town curmudgeon in Disney's Pollyanna was one of his best known roles.

Menjou ended his film career with such roles as French General George Broulard in Stanley Kubrick's 1957 film Paths of Glory.

Menjou died on October 29, 1963, of hepatitis in Beverly Hills, California. He is interred next to Verree at Hollywood Forever Cemetery.

In Honor Thy Mother, the thirteenth episode of the ninth season of Cheers (aired January 3, 1991) where Carla Tortelli's mother pressures Carla to follow the family tradition and name one of her sons with her father's first name and her mother's maiden name, resulting in the name Benito Mussolini, Rebecca Howe quips to the bar "Well, it could have been worse. What if her father's name had been Adolf?" to which Woody Boyd adds "Yeah, and her mother's maiden name could have been Menjou. Phew! She really dodged a bullet there."

In James Wilcox's novel, North Gladiola (1997), the heroine's husband is thus described: "Mr Coco's narrow brown eyes—they had once reminded her of Adolphe Menjou, whom she used to have a crush on—dimmed with resentment."

Because of his political sympathies, Menjou came into conflict with Actress Katharine Hepburn. Menjou appeared with her in the films Morning Glory, Stage Door, and State of the Union, which also starred Spencer Tracy. Hepburn was strongly opposed to co-operating with the McCarthy hearings. Their clashes were reportedly instant, and mutually cutting; Menjou said of Hepburn during the House Committee on Un-American Activities investigation into alleged communist infiltration, "Scratch a do-gooder, like Hepburn, and they'll yell, 'Pravda'." To this, Hepburn called Menjou, "Wisecracking, witty—a flag-waving superpatriot who invested his American dollars in Canadian bonds and had a thing about Communists." Unsurprisingly, it was reported by william Mann in his biography of Hepburn, Kate, that during the filming of State of the Union, she and Menjou only spoke to each other when required to in the film script.